The Insurance Industry Charitable Foundation (IICF) has named Tim Nelligan, central division executive for The Hartford, as chairman of its Texas/Southeast division board of directors.

Nelligan assumes the chairmanship having previously served on the division’s board of directors for three years.

“Tim Nelligan’s leadership in his corporate and charitable roles makes him an ideal fit in this position,” said Sarah Conway, IICF Texas/Southeast division executive director. “His familiarity with this region’s insurance market and his experience in executing IICF’s mission will be valued assets to the leadership of the division.”

Nelligan has 29 years of experience in the insurance industry, 27 of which have been spent with The Hartford. He joined the company in 1988 as a casualty underwriter, and served as regional vice president of The Hartford’s Southwest regional office from 1997 to 2011, when he assumed his current role. As Central division executive, he is responsible for The Hartford’s property/casualty operations in Texas, Oklahoma, Arkansas and Louisiana. 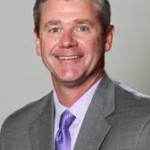 /Southeast division was established in 2012 and is headquartered in Dallas. Serving a total of 13 states throughout the Southeast, the division also operates a chapter in Atlanta.