Fatalities in crashes of small private planes have fallen to the lowest levels in decades as industry and government work to address an area of aviation that has lagged behind jetliners in dramatic safety improvements.

While aviation crash analysts caution that it’s still too early to say for sure that the data represents a long-term trend, the declining number of fatal crashes and deaths are a sign of possible progress.

The number of fatal crashes per year on small private planes averaged 180 per year from 2013 through 2015, according to a report to be released today by the Aircraft Owners and Pilots Association. That’s a 17.8 percent decline compared to the previous three-year period.

Among the factors credited for the decline: better training of pilots and technological advancements that make planes easier to fly and provide up-to-date weather and other information. That can range from advanced crash-avoidance systems to apps for mobile devices.

The U.S. Federal Aviation Administration, which tabulates private-plane accidents using slightly different criteria, calculated the rate of fatal crashes in the 2015 fiscal year was the lowest it had recorded, 1.03 per 100,000 flight hours, according to a July 28 fact sheet. The number of private-plane flights per year has been falling, so the decline in the accident rate is less steep than the drop in overall accidents. 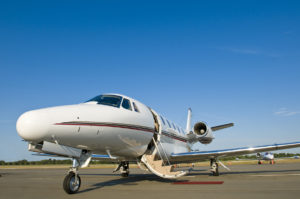 The data should be approached with care because there is less information collected on general aviation as compared to commercial operations and the declining accident rate has been relatively small, said John Hansman, an astronautics and aeronautics professor at the Massachusetts Institute of Technology. But the data jibes with broad new efforts to improve safety in that arena, Hansman said.

“It’s encouraging,” said Hansman, who has studied private-aircraft safety data. “There are reasons to think it might be accurate. There’s a lot of things happening in the system that are slowly making it better.”

Electronic devices, including aviation applications for Apple Inc. iPads and other mobile devices, are giving pilots much better weather information than just a few years ago, and newer planes are easier and safer to fly, he said.

Meanwhile, the FAA and the U.S. National Transportation Safety Board have each begun efforts to improve safety among private aircraft operators, who are generally the least regulated in the aviation system.

The FAA in recent years has studied accidents and taken steps to lower the leading causes, which include pilots losing control, engine failures and flying into bad weather. The agency has made it easier to add new equipment to planes, such as a device warning pilots they are about to lose control. It has also approved weather and other programs for mobile devices.

The NTSB has said finding ways to prevent pilots from losing control is among the “Most Wanted” safety improvements and has urged aircraft owners to install the loss-of-control devices.

Similarly, AOPA’s Air Safety Institute holds training seminars across the country and has safety guidance materials on its website.

The accident rate for privately owned aircraft declined incrementally in previous decades and remained about the same through the 2000s, according to NTSB accident statistics. By comparison, risks on scheduled airline flights fell by more than 90 percent in recent decades.

For the first time since the AOPA began compiling safety data 25 years ago, its calculation of the fatal crash rate fell in 2013 to less than one accident per 100,000 flight hours. The rate rose slightly in 2014 to 1.15, which was still lower than the average for preceding years.

The FAA has not released its annual estimate of the hours that private planes fly for 2015, so AOPA didn’t calculate an accident rate for that year.

The AOPA data focuses on a narrower set of accidents than the FAA or the NTSB, looking only at planes weighing less than 12,500 pounds (5,670 kilograms) and excluding such categories as hot-air balloons and gliders. It considers that group more representative of its members.

Fatal accidents on privately operated helicopters, which were calculated separately, haven’t shown the same downward trend, according to the AOPA report. While the fatal crash rate reached 0.81 per 100,000 hours in 2014, it was 1.48 in 2013, the highest recorded since 2006.

For all categories of privately operated aircraft, there were 229 fatal accidents that killed 376 people last year, according to NTSB’s data. The death toll is the lowest for at least the past 20 years.

There are more than 220,000 private aircraft registered with the FAA, the most of any nation in the world, according to the FAA.