Former long-time Chubb executive Dino E. Robusto will assume the roles of chairman and chief executive officer on November 21, 2016 at CNA, succeeding Thomas F. Motamed, who is retiring after eight years at the helm of CNA. Last November CNA announced that Robusto would be joining the company in late 2016.

“Dino’s impressive track record of success and extensive experience across nearly every insurance industry discipline will serve CNA well in the company’s next phase of growth and development,” said James S. Tisch, a member of the CNA board of directors and chief executive officer of Loews Corp., CNA’s largest shareholder.

Tisch said Robustoo “is inheriting a CNA poised for continued growth and further value creation, thanks to the expertise and dedication of Tom [Motamed] and his team.”

The succession plan sees one former Chubb executive replacing another at the helm at CNA.

Motamed joined CNA in 2009 as chairman and CEO after 31 years with Chubb. He was vice chairman and chief operating officer when he left Chubb. 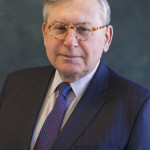 Robusto had been with Chubb for 29 years, beginning in 1986 as a commercial lines underwriter, and has held increasingly responsible positions in the field and the home office. He was elected executive vice president of Chubb and president of commercial and specialty lines in January 2014 after serving as president of personal lines and claims from 2011 through 2013.

Robusto retired from Chubb about a year ago in anticipation of assuming his CNA position. 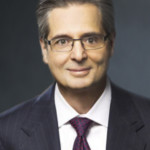 Robusto was in line to be executive vice president of the parent company and co-president of the North American insurance division of the new Chubb formed after Ace Ltd. closed on its acquisition of Chubb.