As the clock ticks down toward expiration of the National Flood Insurance Program (NFIP), the task ahead is clear. Congress must pass an on-time, multi-year reauthorization bill that simplifies the overly complicated NFIP, improves its financial stability and encourages private flood insurance before the NFIP expires on September 30, 2017.

The paradox of flooding and flood insurance uptake only serves to reinforce the need for action. Talk to any flood industry participant, be it policymakers, FEMA officials or insurance companies, and (regrettably) they will be able to recite one of the best-kept secrets in the country: flooding is the most catastrophic and costly natural disaster in the United States. All 50 states, according to FEMA, have experienced flooding and flash flooding in the last five years. Yet, only about five million property owners are covered by a flood insurance policy.

There is a universal lack of appreciation, as the statistics brutally point out, for flood risk. “Too complex,” or “already covered by homeowners insurance,” (which is seldom true) or “not mandatory,” are common refrains. In fairness to those who do not have flood insurance, it is hard to appreciate the need for a low-frequency, yet high-severity risk until it happens to you.

Nonetheless, the risk is real. Look no further than last year’s large-scale catastrophic event in Baton Rouge, Louisiana, and the near-miss earlier this year due to the Oroville Dam spillway failure in northern California forcing 180,000 people to evacuate, for pertinent reminders.

To the credit of lawmakers in Washington, D.C., the recent submission of a draft legislation provides some encouraging signs that Congress gets it and plans to act. This is welcome news considering, between 2008 and 2012, the NFIP experienced unprecedented disruption – 14 short-term extensions, including five program lapses. Everyone agrees lapses, short-term extensions, or both, are a bad idea. Consistent with the intent of protecting more of our nation’s property owners, the program must be reformed. The efforts should be grounded in four key principles:

The stakes are high, and times have changed − it’s simply not practical to reauthorize the program as it stands today. The NFIP of the future must be a simplified, financially stable version that supports private flood insurance and protects both property owners and taxpayers, providing more options and risk mitigation. 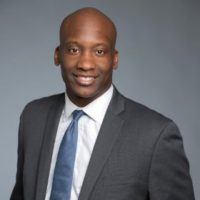 Louis Hobson is the CEO of Aon National Flood Services (NFS), one of the NFIP’s largest servicers, providing policy administration and claims administration solutions to insurers, referred to as Write-Your-Own carriers that participate in NFIP. For timely updates on the NFIP Reauthorization, connect with Louis Hobson on LinkedIn or follow Aon NFS at www.twitter.com/NationalFlood.