As many as 8 hurricanes may form in the Atlantic in 2019, a “near normal” season following two years of storms that have left a trail of death and destruction in the Caribbean and U.S. coast.

Nine to 15 named storms are forecast during the six-month season that starts June 1, according to the National Oceanic and Atmospheric Administration, which has been largely correct with its predictions in recent years. Of those, 4 to 8 will become hurricanes and 2 to 4 will be major systems with winds of 111 miles (179 kilometers) per hour or more.

“It only takes one landfalling hurricane to create great destruction to a community, we need to prepare now,” said Daniel Kaniewski, a deputy administrator of the Federal Emergency Management Agency.

The hurricane season will be closely watched because of its potential to take a heavy human toll as well as rattle oil and gas markets across the globe. Over the past two years, storms including Michael, Irma and Harvey led to scores of deaths and over $250 billion in damages. They have also sent U.S. gasoline prices surging, shifted global crude and fuel flows, disrupted production in the energy-rich Gulf Coast and threatened crops.

This year is the fifth time in a row that a system has spun up in the Atlantic before the official June 1 start to the season, with Subtropical Storm Andrea forming earlier this week. A system gets a name when it reaches tropical storm strength with winds of 39 mph.

Energy markets will focus on the potential impact in the Gulf Coast, which accounts for 45% of U.S. refining capacity and 51% of gas processing. About 5% of the nation’s natural gas and 17% of crude comes out of the Gulf of Mexico, according to the Energy Information Administration.

There are also more than 6.6 million homes with an estimated reconstruction cost of $1.5 trillion along the Atlantic and Gulf coasts, according to the Insurance Information Institute in New York. Florida is the world’s second-largest producer of orange juice.

The following month, Hurricane Michael leveled homes in Florida’s panhandle when it came ashore near Mexico Beach. The storm killed at least 16 and caused $25 billion in damage, the National Hurricane Center said. It was the third most intense storm in terms of central pressure and brought the fourth strongest winds of any to hit the contiguous U.S. on record.

Both storm names have been retired from official lists. 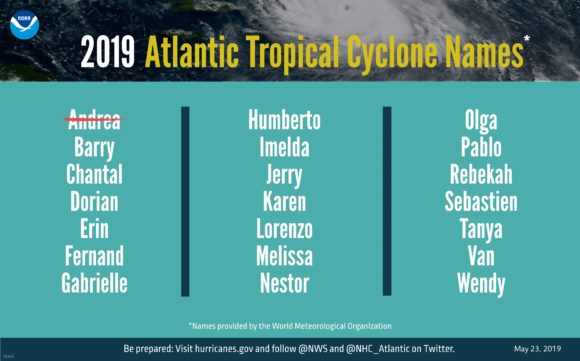