The company called it a “record quarter” with “robust” numbers.

The company said it had its best property/casualty premium revenue growth globally in more than 15 years, led by its commercial P/C businesses. Operating earnings in the quarter were $1.62 billion.

Net income for the quarter reached $2.27 billion versus a $331 million net loss a year ago as the coronavirus pandemic was taking hold globally. 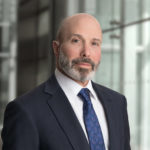 Chubb’s property/casualty combined ratio was 85.5 during this year’s Q2, compared with 112.3 in the 2020 second quarter. That improvement was almost entirely loss ratio-related, the company said.

“Our company is firing on all cylinders – we are growing our business while we continue to expand underwriting margins,” boasted Evan Greenberg, Chubb’s chairman and CEO.

Regarding the gains in commercial insurance, Greenberg noted that the company has had double-digit commercial P/C growth on average over the past 10 years and both the second quarter and year-to-date growth were the strongest since 2004.

“We are capitalizing on a strong commercial P/C pricing environment in most all-important regions of the world,” Greenberg said.

Consumer lines remain affected by the pandemic, with travel and other business and consumer-related activity down. But Chubb said it is beginning to see improvement in consumer lines with net premiums written up 5.6% in the quarter.