As a longtime Florida resident, I have witnessed the destructive power of hurricanes on the lives and properties of countless Floridians and others across the Atlantic and Gulf coasts.

Hurricanes can pack such enormous power that they have literally altered the natural landscape of Florida and other areas. In 2012 Superstorm Sandy changed the New Jersey coastline forever. And Hurricane Charley in 2004 created a new pass between the Gulf of Mexico and Charlotte Harbor on North Captiva Island.

In addition to the tragic loss of lives and untold property damage, hurricanes disrupt the delicate balance of the natural ecosystem and wreak havoc on the social, political and economic fabric of our nation.

Florida’s vulnerability to frequent hurricane activity has had a crippling impact on the affordability and availability of property insurance in the state. Insurance not only protects Floridians and others from financial ruin, but provides the catalyst for the economic recovery in the aftermath of a destructive storm.

From Andrew to Katrina to Michael – and with many storms in between – we have seen how Mother Nature’s wrath can strain our insurance ecosystem. But it is not just the weather that can throw this balance out of kilter. Oftentimes, well-intentioned but ill-conceived public policy can exacerbate an already strained system.

The last thing Americans needs right now is a policy initiative that throws insurance markets into a maelstrom, but that is exactly what an obscure (until recently, at least) provision of the Biden Tax Plan threatens to do. Derisively dubbed the “Hurricane Tax,” the president’s plan includes a proposal to increase tax rates on reinsurance.

As readers of the Insurance Journal know, insurance companies buy reinsurance on high-risk policies, often on the international market. Under the Biden plan, taxes on this reinsurance would increase, which would, inevitably, be passed down to consumers.

This situation is bad enough in places that are not susceptible to major weather. But in Florida, the pain could be particularly acute. Of course, elsewhere in the country, there are different risks – fires in the west, snowstorms in the north, severe weather in the heartland. They would all feel it, one way or another, through insurance premium increases.

During my 13 years as Florida Insurance Commissioner, and since then, I have seen the impact of failed public policy – and the proposed Hurricane Tax is particularly egregious.

The far-reaching effects of this tax are not limited to property insurance. For example, private mortgage insurance (PMI) – most often used by first-time homebuyers – faces the same types of rate increases. Make no mistake, the hundreds of dollars a year of increased cost for homeowners can be the difference between making ends meet or making hard choices.

All of this is to say: The insurance equilibrium is delicate. The last thing Americans needs is a public policy that increases rates on homeowners and businesses.

I urge state congressional delegations to assert their influence in Congress and remove this insidious tax from President Biden’s larger tax plan.

Mother Nature is awesome enough on her own – we do not need to create a new, man-made catastrophe that threaten the livelihoods of struggling families. 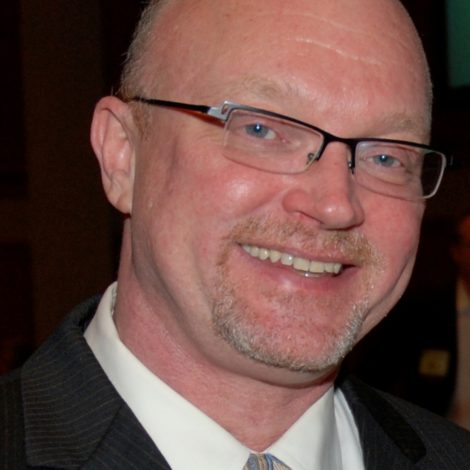 Kevin McCarty is the former Florida Insurance Commissioner and one of the nation's experts on insurance and insurance regulation. He is a former president of the National Association of Insurance Commissioners (NAIC). He is currently a consultant and founder of Celtic Global Consulting. (https://www.celticglobalconsulting.com/) which counts insurance companies among its clients.