On September 28, 2022, the nearly Category 5 Hurricane Ian made landfall in southwest Florida with maximum sustained winds clocked at approximately 150 MPH. Reports out of Lee County, Florida have been particularly devasting, with images of communities wiped out and the death toll rising each day.

The task for property insurance carriers relative to Hurricane Ian claims is to determine if the losses that appear to be the result of flood, generally excluded under these contracts, are covered.

This analysis requires the consideration of concurrent causation, anti-concurrent loss exclusions, and ambiguities in insurance contracts.

In 2016, the Florida Supreme Court in the case of Sebo v. American Assurance Co., Inc., 208 So.3d 694 (Fla. 2016) held that where two or more causes of loss combine and where at least one of the perils is covered pursuant to an “all-risk” insurance contract, that the “concurrent cause doctrine” required the carrier to cover all the damage. The Supreme Court’s ruling in Sebo was based on the finding that there would be no reasonable way to distinguish the proximate cause of the property loss, Sebo at 699, i.e. separating the covered peril from the excluded peril

Thus, even if one of the causes of the loss was not covered under an operative insurance contract’s language, Sebo stood for the proposition that the entire loss would be covered by an all-risk insurance contract.

The interpretation of this contractual language was at issue in the case of Security First Ins. Co. v. Czelusniak, 305 So. 3d 717 (Fla. 3rd DCA 2020). The appellate court in Czelusniak reversed a directed verdict in favor of the insured “due to the anti-concurrent cause provision in Security First’s water damage exclusion endorsement.”

However, because the matter on appeal in Czelusniak was whether an exclusion barred coverage, the burden shifted to the insurer to prove the peril was not covered. “If the insurer does not meet its burden, the insurer must cover the loss.” The Court then explained:

“Taking all of this into consideration, the trial court granted the insured’s motion for directed verdict on the basis of the concurrent cause doctrine, pursuant to Sebo v. American Home Assurance Co., Inc., 208 So. 3d 694 (Fla. 2016). The trial court reasoned that although water entering through the door is not expressly excluded, the jury would be unable to separate the water that came in through the door (non-excluded cause) from water that came in through the walls and windows (excluded causes). However, the policy includes an anti-concurrent cause provision within the exclusion endorsement. Because “in all-risk policies … construction is governed by the language of the exclusionary provisions,” we find that the trial court erred in directing the verdict in favor of the insured in contravention of the anti-concurrent cause provision.” See Sec. First Ins. Co. v. Czelusniak, 305 So. 3d 717, 718-19 (Fla. Dist. Ct. App. 2020).

An issue that must be considered in the adjustment of Hurricane Ian losses is that anti-concurrent policy language will not be interpreted on its own, but in the context of the insurance contract as a whole.

See e.g. Sec. First Ins. Co. v. Vazquez, 336 So. 3d 350, 352 (Fla. 5th DCA 2022)(Holding”The guiding principal for insurance policy interpretation is that the policy must be read as a whole, affording words their plain meaning as bargained for by the parties. See§ 627.419(1), Fla. Stat. (2016) (requiring every insurance contract “be construed according to the entirety of its terms and conditions as set forth in the policy and as amplified, extended, or modified by any application therefor or any rider or endorsement thereto”)

Florida’s Fifth District Court of Appeal in Vasquez reiterated a long-standing principal that ambiguities contained in insurance contracts will be construed against the carrier and in favor of the insured.

As explained by the Vasquez Court: If the relevant policy language is susceptible to more than one reasonable interpretation, one providing coverage and the other limiting coverage, the insurance policy is considered ambiguous… Ambiguous policy provisions are interpreted in favor of the insured.” Id at 352. (Citing State Farm Mut. Automobile Ins. Co. v. Menendez, 70 So.3d 566, 570 (Fla. 2011)

There is no “cookie cutter” approach to adjusting Hurricane Ian losses.

In situations where the carrier believes the cause of the loss relative to any claim is a combination of wind and flood, and the policy contains anti-concurrent clause language, such language must be interpreted along with all other contractual language. 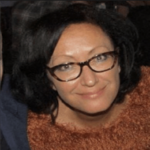 Bonczyk, M.B.A., Esq. is licensed to practice law in Florida and New Jersey. A former human resources executive, Bonczyk's focus has been on employment and insurance law during her legal career. She is the founder of the Workplace Violence Prevention Institute (WVPI), whose mission is to conduct research and recommend proactive strategies designed to prevent violence from erupting in the workplace, in schools, and other locations.