Tiffany Calhoun-Pierce has been appointed deputy head of cyber in the U.S. and will be based in Alpharetta, Georgia. Before joining AGCS, she held senior underwriting leadership roles at L&F Indemnity, Sompo International and ACE Group.

Jerome Le Vacon is the new senior cyber underwriter at AGCS in Chicago. With an insurance career spanning 18 years, he has extensive experience in risk management, including 10 years with Allianz in the U.S., France and Germany in various underwriting roles.

Jennifer Ly joins as senior underwriter for cyber, tech and media based in Los Angeles, California. She was previously the senior business analyst for Allianz’s North American client development and relations team, where she supported senior key account managers since 2019. Ly joined Allianz from AIG, where she was a multinational underwriting analyst.

Mark Vella has been appointed executive underwriter and west zone team lead for cyber at AGCS from Zurich North America, where he was a market-facing underwriter for the wholesale specialty professional liability and cyber team. Based in San Francisco, California, Vella previously held vice president roles at Argo Pro, ACE Professional Risk, Beecher Carlson and Marsh. 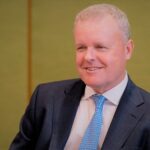 Freely has over 30 years’ experience in delivering global credit and political risk insurance (CPRI) for multinational corporations, banks and financial institutions and previously served as president and director, Americas at BPL Global since 2019 after being at Marsh as Global Practice Leader, Credit Specialties for 11 years.

Allstate’s Plan to Return to Profit in Auto