The Oklahoma Supreme Court handed a major setback to proponents of workers’ compensation alternatives on Sept. 13, ruling that the state’s Opt Out Act is unconstitutional.

The high court’s 7-2 ruling came in Vasquez v. Dillards, which was appealed to the state Supreme Court after the Oklahoma Workers’ Compensation Commission came to the same conclusion about the law in its ruling on the case in February.

In taking on the case the Court addressed a single issue: whether the Oklahoma Employee Injury Benefit Act, or Opt Out Act, “is an unconstitutional special law.”

And the high court agreed, finding that the core provision of the Act “creates impermissible, unequal disparate treatment of a select group of injured workers.”

The Opt Out Act allowed qualified employers to opt out of the Oklahoma workers’ compensation system by establishing an Employee Benefit Plan (Plan) under the provisions of federal law, the Employee Retirement Income Security Act (ERISA). 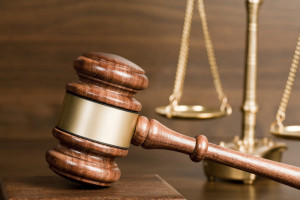 The Court declined to consider what opt out proponents say are the facts of the case — whether or not the injury that prompted a claim filed by Dillards Inc. employee Jonnie Yvonne Vasquez was a work injury or a pre-existing condition.

Vasquez had claimed she injured her shoulder and neck while lifting shoe boxes at her workplace. She received benefits while her claim was being investigated, but Dillards ultimately denied her claim on the grounds that Vasquez’ injury was pre-existing and not an injury defined by Dillards’ benefit plan.

“The Supreme Court decision ignored the important fact that the Oklahoma Workers’ Compensation System did not find any wrongful denial of benefits to the claimant in the case now before the Court, and ignored the key fact that this illustrates the ongoing attempts to get workers’ compensation to pay medical expenses for illnesses and injuries that happen away from work,” stated A.J. Donelson, public and government affairs officer for the Association for Responsible Alternatives to Workers’ Compensation (ARAWC).

ARAWC helped to craft the legislation that created the Oklahoma Option and is working with other states on similar legislative measures.

Both ARAWC and Dallas-based PartnerSource, which designs, implements and provides support for workers’ comp nonsubscription programs, maintain that the Option has succeeded in both lowering workers’ compensation rates and delivering high level medical outcomes for injured workers.

“The court’s decision focuses on Oklahoma’s unique constitution. PartnerSource and the many other supporters of an innovative and competitive alternative to workers’ compensation vow to continue our important work in Oklahoma and other states. We believe it’s critical to provide better care and benefits for injured workers, decrease the number of disputed claims, and significantly decrease insurance premiums and claim costs for all employers,” said Partner Source President Bill Minick.

Opponents of the Act have said the legislation handed too much control to employers to craft their ERISA-based plans to the companies’ advantage, and not the employees’ benefit.

The American Insurance Association (AIA), along with the National Association of Mutual Insurance Companies and the Property Casualty Insurers Association of America (PCI), filed a friend-of-the-court brief in support of the plaintiff in the case. The associations believe the Opt Out Act fails to uniformly protect all employees and inappropriately shifts the responsibility for occupational injuries to the injured workers.

In a statement issued by PCI, Joe Woods, vice president for state government relations, said the “Court’s decision is a major step for protecting workers in the state.”

The Act, Woods said, “allowed some employers to shift much of their responsibility for occupational injuries to injured workers and their families, government programs, charities, and ultimately taxpayers. The Opt-Out plans put all power in the hands of the employer, with no independent review of the employer’s decision.”

Similarly, the AIA released a statement attributed to Fred C. Bosse, AIA Southwest Region vice president, who said the AIA agrees “with the Court’s finding that Oklahoma’s Employee Injury Benefit Act creates two classes of injured workers: those with full and uniform protections under the state’s program and those subject to employers’ decisions to provide their own benefit plans, without mandatory protections and with little or no state oversight.”

The workers’ comp reforms enacted in 2013 have been successful in reducing costs in Oklahoma’s workers’ compensation system. Workers comp loss costs have gone down every year since the reforms were put into place. Though opt-out proponents tout the benefits of the Option in helping to reduce costs to employers, not all of the successes can be attributed to opt out alone.

“The comprehensive workers’ compensation reforms enacted in 2013 have accomplished much in Oklahoma,” said Oklahoma Insurance Commissioner John D. Doak. “We have replaced an outdated adversarial court system with the Workers’ Compensation Commission, increased the competitiveness of our workers’ compensation insurance markets, and developed an innovative solution to workplace injuries. Since these changes were made, we have seen the costs associated with workplace injuries fall substantially year after year in filings provided annually to my department.”

Doak added that while the Court has ruled the Oklahoma Option to be unconstitutional, the “state remains committed to ensuring that our workers’ compensation system provides the best outcomes for our citizens at a cost our employers can bear.”

“Changing the status quo in workers’ compensation is difficult. There’s a lot of resistance to the ideas of greater employer and employee, and medical provider accountability, and competition,” Minick said.

The Supreme Court recognized that other cases attacking the constitutionality of the Opt Out Act have been stayed pending its decision in Vasquez. It said the current decision applies not only to Vasquez but to all other similar cases being challenged before the OWCC, those “in the appellate pipeline, and prospectively to all future cases.”

ProPublica, in its own article about the case, “Oklahoma’s Top Court: Companies Can’t Set Own Rules for Injured Workers,” co-published with NPR, wrote that Justices Gurich and Colbert noted in a concurring written opinion that “while most Oklahoma workers have 30 days to report an injury and can request a hearing before a judge, Dillard’s employees had to report injuries by the end of the workday and could only appeal in writing to a committee made up of people picked by the company.”

The Court remanded the Vasquez case back to the OWCC to consider whether benefits should be provided to the claimant.

With the Oklahoma high court’s ruling, Texas remains the only state to allow companies to opt out, or nonsubscribe to the the workers’ compensation system. Texas differs significantly from Oklahoma in that Texas companies that nonsubscribe are vulnerable to lawsuits brought by injured employees, whether or not the companies have their own benefit plan. About one-third of Texas businesses nonsubscribe, according to the Texas Department of Insurance.