Two new driving laws kicked in for Louisiana this month. Also children can bring sunscreen to school without a doctor’s note, minors face tougher restrictions for getting an abortion and colleges can’t ask unlimited questions about applying students’ criminal histories, as new state laws took effect at the start of August.

More than 200 changes to state statutes hit the books with the start of August, passed in the regular legislative session that ended in June. Many provisions likely will draw little attention, but others affect traffic laws, criminal sentences, health care and school governance. 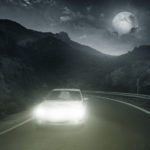 Students no longer need permission from a doctor or their school to use sunscreen on campus, on a school bus or at a school function. If a student can’t apply the sunblock, a school employee can do it, if a parent gives written consent.

While 38 of the state’s 69 school districts allow schools to use corporal punishment, paddling will be outlawed for students with disabilities. Estimates are as many as one-fifth of students fit the law’s description, including students with attention deficit hyperactivity disorder.

Students in grades kindergarten through five have to be taught litter prevention and awareness so they understand “the vital role they play in preserving the beauty of the state.”

Cities and towns that use cameras to catch speeders will have to post signs notifying drivers about the monitoring, or they won’t be able to use the images to ticket motorists.

Drivers-in-training can soon expect lessons on how to respond to police during a traffic stop, a law aimed at decreasing tensions between officers and motorists amid violent encounters around the country. In the driver education curriculum, Louisiana’s public safety department has to add instruction on police procedures for traffic stops, demonstrations of “appropriate interactions with law enforcement” and training on “maintaining integrity and respect.”

Louisiana’s regulations are getting tougher for unmarried girls under the age of 18 who are seeking an abortion. Previously, a notarized statement from a legal guardian was required before a doctor could perform an abortion on a minor. Under the changes, the guardian also must provide proof of identity, including a government-issued identification card such as a driver’s license. The doctor will have to keep a copy of the ID information.

Terminally ill patients with permission from their doctors have expanded access to experimental treatments, under a broadening of Louisiana’s Right to Try Act to include robotic devices that help people unable to talk or write. Insurers don’t have to cover the costs.

Pieces of Gov. John Bel Edwards’ criminal justice overhaul take effect Tuesday, including sentencing law changes, a statute aimed at helping ex-offenders obtain occupational licenses and a provision to shrink fines and court fees if they cause financial hardship. Some inmates convicted of murder as teenagers will be eligible for a chance at parole after serving 25 years.

In response to domestic violence incidents involving a former state senator, Louisiana’s domestic abuse laws have been widened to cover dating partners. New crimes include battery of a dating partner and aggravated assault upon a dating partner, with varying penalties.