Florida’s “one-way attorney fee” statute enacted to protect Florida policyholders from large insurance companies has instead spawned a huge industry of assignment of benefits (AOB) predators who take advantage of policyholders and threaten the livelihood of hundreds of independent insurance agencies and the agents they employ.

As lawmakers convene for the Florida Legislature for the 2019 Legislative Session, Sen. Doug Broxson (R-Gulf Breeze), an independent agent and member of the Florida Association of Insurance Agents (FAIA), has introduced a bill supported by the industry to reform a law that is being abused by attorneys and unscrupulous contractors.

In theory, it levels the playing field for consumers who don’t have the financial resources to compete with a large insurance company.

In practice, it creates an environment ripe for abuse.

Here’s an example of how it works: A water remediation company directs the policyholder to sign a work authorization contract assigning their policy benefits to the company. This allows the policyholder not to have to pay up front for repairs while waiting for reimbursement from their insurer. But what policyholders may not understand is that they have signed away all of the policy benefits, including the right to sue the insurance company.

In effect, the vendor (and its attorneys) are the policyholder after an assignment. The abuse takes the form of unnecessary repairs, tacked on “fees” and prices higher than the market will bear. Vendors wait to file a claim until after the work is done, leaving the insurer’s claims adjuster with nothing to adjust.

If the insurer denies the claim or pays something less than the inflated amount, the vendor sues. Since they don’t have to pay the insurer’s attorney fees (remember, the vendor is the policyholder now), they have nothing to lose and much to gain.

That’s why AOB lawsuits have spiked. Over 120,000 AOB lawsuits were filed last year alone. Water-loss claims are a huge and growing segment of AOB abuse.

According to the Florida Office of Insurance Regulation, the skyrocketing frequency and severity of water losses from bursting pipes or leaking toilets will double some homeowner insurance premiums in less than five years. And that’s on top of rates that are already twice that of the national average.

Agents near areas where the abuse is the worst now face debilitating underwriting restrictions with entire neighborhoods declared off limits for new business.

That leaves Citizens Property Insurance, Florida’s residual property market, the only option, which often comes with higher premiums for homeowners and reduced commission for agents. Many agents with voluntary markets face rising loss ratios that reduce or eliminate contingency commissions; some have had their carrier contracts terminated.

Most carriers are also reducing coverage for losses that are prone to AOB abuse, which increases the likelihood of an agency E&O claim and affects agency customer retention.

Then, there are the moral hazards on the periphery. One example is within the water remediation industry. Thousands of new remediation companies have cropped up to take advantage of the huge profits and low risks associated with AOB.

Unregulated and unlicensed, these firms pay exorbitant referral fees — some as much as $2,500 — to plumbers who are first on the scene of a water loss, all eventually paid by an insurer on an inflated invoice. Plumbers caught up in such schemes create opportunities to make more referral fees by loosening pipes and performing other actions that will result in a repeat visit.

Research from OIR shows such plumbing leaks have risen 60 percent in some parts of the state.

This year, Sen. Broxson chairs the Senate Banking and Insurance Committee where previous reforms have often stalled. His proposal, SB 122, limits the one-way attorney fee statute to the homeowners it was intended to benefit. The bill was passed by the committee earlier this month after a “consumer friendly” amendment was introduced.

FAIA supports SB 122 and thanks Sen. Broxson for taking this stand and hopefully making 2019 the year that Florida puts an end to this insurance abuse plaguing our state.

Florida agents will march with the team from FAIA at “Capitol Days” on March 20 to show support for AOB reform. During the event, agents will learn about issues and legislation that could affect their business and the industry’s future. Agents will have the opportunity to meet with their legislators about AOB reform.

Agents can register online at faia.com/capdays. 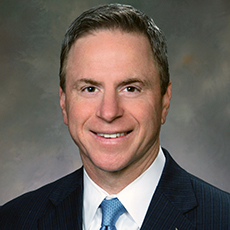 Grady is the president and CEO of FAIA, a nonprofit trade association with the mission to serve the needs of Florida independent agents and consumers by promoting a healthy and competitive insurance environment.