For first party property claims, lengthy and costly litigation is not always the only mechanism for resolving a dispute. Most homeowner’s policies include detailed terms and conditions for parties to undergo appraisal when there is a dispute over the amount of loss.

Appraisal is mandatory when properly demanded by an insured or the insurer. Yet, parties in Florida are often confused as to whether all coverage issues need to be resolved by a trial court before compelling appraisal or if they can proceed straight to appraisal while preserving any challenges to coverage. Part of this confusion may stem from Florida appellate courts’ competing approaches on whether a trial court must always resolve coverage issues before compelling appraisal where the insurer denies coverage.

The American Capital case involved a Hurricane Irma claim for damage to a condominium’s buildings. The association filed a claim under the policy, and the insurer agreed that $76,000 of the loss was covered and issued payment. Thereafter, the condominium submitted a proof of loss for just over $8 million, demanded appraisal, and filed a breach of contract lawsuit against the insurer.

Once suit was filed, the condominium moved to stay and compel appraisal. In response, the insurer alleged the policy was void because of fraud since the condominium overinflated its claim. The trial court found that the case was “a dispute as to scope of loss [or amount] not whether there [wa]s coverage,” granted the condominium’s motion, and directed the appraiser to itemize the damages.

On appeal, the insurer argued that appraisal was premature because it denied the claim was covered because of the fraud. The condominium contended that the insurer could not avoid appraisal by claiming fraud after it previously admitted coverage. It also argued that the trial court had discretion to resolve the appraisal issue first because appraisals conserve judicial resources, the coverage dispute may be preserved for later determination and the appraisal is necessary to determine whether there was fraud.

The court noted that the Florida Third District Court of Appeal uses a dual-track approach, leaving “the order in which the issues of damages and coverage are to be determined…to the discretion of the trial court.” Under this approach, the trial court may compel appraisal while preserving all of the insurer’s rights to contest coverage as a matter of law.

According to the Third District, this approach is necessary to avoid any “adverse effects on the expeditious, out of court disposition of litigation,” and to “save ‘judicial resources which might otherwise be required in resolving the factual and legal issues involved in the [coverage issue] by a relatively swift and informative decision by the appraisers as to the amount of the loss.” The Third District encourages trial courts to consider factors such as “the costs involved and the relative importance and viability of the damages and the coverage issues, respectively.”

On the other hand, the Fourth District requires that the trial court must resolve all underlying coverage disputes prior to ordering an appraisal where the insurer wholly denies coverage. The reasoning for foregoing a dual-track approach is that the Fourth District believes that “[a] finding of liability necessarily precedes a determination of damages.”

In American Capital, the Second District concluded the dual-track approach was preferable and joined the Third District on this issue. It seemed clear to the court that the case necessarily involved the amount of loss; yet, any coverage dispute was intertwined with the amount of loss. Thus, the court concluded that the dual-track approach was more judicially efficient and necessary where the findings in the appraisal were interconnected to the trial court’s findings of liability.

For insurers, a dual-track approach is certainly more efficient. In some situations, it might make more sense to compel appraisal before litigating any coverage issues. The amount of loss very well may be closely related to the coverage issue. Insurers should continue to insist that the appraisal award be itemized to identify the cause of loss. A properly itemized appraisal award will help the trial court determine coverage. In other cases, the opposite might be true.

The dual-track approach provides trial courts with the flexibility needed to help get the disputes resolved more efficiently. Hopefully, the Florida Supreme Court will resolve the conflict in favor of the dual-track approach and appraisals will continue to serve as an expeditious means to resolving first party property disputes. 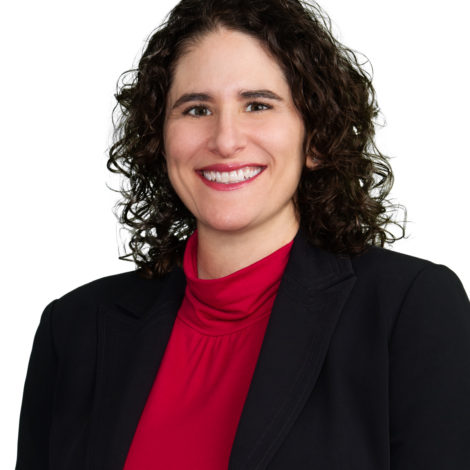 Kimberly K. Berman is a board certified appellate attorney based in the Fort Lauderdale office of Marshall Dennehey Warner Coleman & Goggin. She may be reached at kkberman@mdwcg.com.