From attorneys’ fees to water damage to reimbursement limits in no-fault auto insurance, Florida appeals courts have sided with insurers in several cases in recent days. Here’s a look:

Attorney fees and the wording of policies and settlements continue to be significant legal issues for insurers and plaintiffs. In most cases, insurance companies are the ones complaining about paying fees to plaintiffs’ lawyers.

In Tower Hill Signature Insurance Co. vs. Alex Kusch, Florida’s 4th District Court of Appeal last week reversed a trial court and found that a settlement offer was not ambiguous and the Broward County Circuit Court must now reconsider the amount of fees and costs owed to Tower Hill lawyers.

The homeowner, Kusch, had sued Tower Hill over an unpaid claim. He then rejected a settlement offer from the insurer. The trial court later found in favor of Tower Hill on the claim dispute, but decided that the settlement offer was ambiguously worded on attorney fees.

The policyholder’s lawyers had argued that the settlement proposal noted that it resolves any and all damages, but said it was exclusive of attorney fees. It also stipulated that a court should decide reasonable fees to be awarded. The Broward Circuit judge said that wording was unclear, but the appeals court overruled him.

“When read as a whole, the Homeowner was required to release all claims against the Insurer arising out of this claim and litigation, except for those relating to attorney’s fees and costs,” 4th DCA Judge Spencer Levine wrote in the Feb. 16 opinion (emphasis by the court).

He added: “Both the Homeowner and the trial court were ‘nit-picking’ the Insurer’s proposal by finding the proposal ambiguous with respect to attorney’s fees.”

Judge Jonathan Gerber concurred but wrote that this is the latest in a long line of cases that have examined whether a settlement proposal was ambiguously worded. He cited from his own opinion in a 2011 decision, noting that Florida rules of civil procedure do not require the offeree to notify the offerer when a proposal appears to be ambiguous. Another judge at the time called the latent ambiguity argument a “gotcha” tactic and a waste of judicial resources.

“More than eleven years have passed, during which no amendment (to the rules) has occurred,” Gerber said in his concurring opinion. “Thus, history repeats itself yet again in this case, as it has in many other cases, and will likely continue to do so into the future.”

He again urged the Florida Bar or the state Supreme Court to revise the rules and mandate that if the party offered a settlement does not identify an ambiguity within a fixed time frame, an ambiguity objection should be deemed waived.

In two cases last week, the 4th DCA decided that homeowners’ policies excluded at least some types of water damage.

In Geovera Specialty Insurance vs. Craig Glasser, the policy attempted to make it clear that, if ambiguity could be found between the policy and its endorsement, the endorsement controls. But even that left some questions about the extent of coverage.

The policyholder had filed a claim after a water pipe burst in a bedroom wall. Geovera denied the claim, citing the exclusion for any type of water damage. Glasser sued over breach of contract and bad faith, arguing the policy covered loss from plumbing system discharges of water. The Broward Circuit Court granted partial summary judgment for the homeowner, citing previous court rulings. 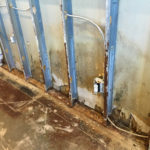 But on appeal, Geovera argued that its policy endorsement made its exclusion different from those previous cases. The appeals court pointed out that while the policy appears to cover plumbing system leaks, the endorsement bars coverage for water damage in any form, including “water that exerts pressure on, or seeps, leaks or flows through a building, sidewalk, driveway, patio, foundation, swimming pool or other structure.”

The homeowner’s attorney argued that Geovera had a duty to make it clear what damages are excluded, and the insurer had not been specific enough in its exclusion clause.

“While this policy may require the reading of multiple policy provisions, it is unambiguous and simply does not cover the water loss suffered by the insured,” Judge Melanie May wrote for the majority. Judges Gerber and Levine concurred.

The court remanded the case to the trial court with instructions to enter a summary judgment in favor of Geovera.

In an assignment-of-benefits case, the 4th DCA found that a Citizens Property Insurance Corp. policy clearly excluded losses from leaks that happened over a long period of time.

In Projekt Property Restoration vs. Citizens, the assigned contractor sued after Citizens declined to pay an invoice for restoration services needed after a water leak in a shower. The policy excluded damage from leaks occurring over a period of two weeks or more.

Citizens’ experts testified that the leak had existed for some time – more than two weeks. The restoration company produced an expert who suggested that the insurer’s expert opinions weren’t valid because additional testing was needed to show the cause of the leak.

The appeals court noted that the contractor’s expert did not opine on the actual length of time of the leak, only that there was little evidence that the damage happened over several months.

“Because appellant did not provide any opposition to the length of time that the leaking water continued for at least weeks, no genuine issue of material fact existed, and insurer was entitled to judgment,” the per-curiam opinion reads.

On appeal, the plaintiff also cited a 2018 case, Hicks vs. American Integrity Insurance, that examined a similar policy exclusion. The 5th DCA irked some insurers in that case when it found that the policy should cover at least the first two weeks of the leak.

But in the Projekt Property case, the 4th DCA said that the contractor did not raise the “first two weeks” argument at trial. The court upheld the Broward Circuit Court’s ruling in the case.

Again, a plaintiff argued that a policy was ambiguous. But the 1st District Court of Appeal didn’t bite.

First Call 24/7 vs. Citizens originated in Bay County, home of Panama City and Tyndall Air Force Base, which were hit hard by Hurricane Michael in 2018. The restoration company had been assigned benefits by the homeowners, Kole and Meghan Rhodes, and the firm performed emergency mitigation services after the storm. 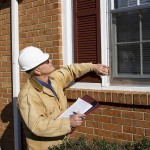 First Call sent Citizens a bill for $40,253. After investigating the claim, Citizens paid just $8,196 and notified the contractor that an appraisal process was needed to resolve the dispute over the difference. First Call did not participate in the appraisal process and filed suit for breach of contract. The company argued that the appraisal procedure does not apply to mitigation services, which must be done quickly to prevent further damage to the home.

The Bay County Circuit Court disagreed and ordered the parties to proceed with the appraisal. First Call appealed to the DCA, arguing that the policy was ambiguous about the scope of the appraisal process.

The appeals court upheld the trial court. In its Feb. 16 opinion, the judges found that the Citizens policy was not ambiguous and that the appraisal process applies to emergency mitigation work.

“Each of the arguments it (First Call) offers in support of its interpretation is either contrary to the plain language of the policy, focuses on isolated words or phrases rather than the policy as a whole, or otherwise lacks merit,” DCA Judge Stephanie Ray wrote in the opinion.

The appraisal process, as described in the Citizens policy, does not define the type of disputes subject to appraisal and does not exclude mitigation services, the court noted.

First Call also argued that mitigation services cannot be fairly appraised because they do not involve replacement costs or actual cash value and that an appraisal panel cannot accurately inspect the damage once it’s been buttoned up and repaired.

This is not the first time First Call and Citizens have crossed swords on AOB disputes. In 2021, the 4th District Court of Appeal found in a similar case that the appraisal clause does not apply only to existing property damage and does, in fact, apply to mitigation repairs. The 1st DCA opinion in the Rhodes case noted that “we align ourselves with the holdings of our sister courts” in First Call vs. Citizens in the 2021 case and a similar case from the 3rd District.

Bay County Clerk of Court records show that First Call has filed eight lawsuits against property insurers in that county in the last three years.

In American Mobile Health Services vs. State Farm Auto Insurance, a personal injury protection case that has been in the courts for nine years, the 3rd District Court of Appeal upheld a Miami-Dade jury verdict in favor of the insurance giant.

After a car crash in 2008, Tania Jimenez assigned insurance benefits to American Mobile. The health care firm billed State Farm for $3,220, but the insurer paid only $810. State Farm’s expert witness, a physician, testified that American Mobile’s charges were unreasonable and were in excess of 200% of Medicare’s Part B fee schedule.

American Mobile argued that if State Farm intended to rely on the Medicare fee schedule, it should have said so in the policy.

The court noted that Florida PIP law requires that insurers reimburse medical providers 80% of reasonable expenses for medical treatment, and allows insurers to adopt a maximum charge based on various fee schedules, including 200% of the Medicare fee schedule for participating physicians. But the 3rd DCA also pointed out that Florida courts have rendered conflicting opinions on the matter.

An appeal court in 2014 held that State Farm was barred from doing exactly what it did in the American Mobile case.

“To permit an insurer who opted not to pay the medical expenses of its insured pursuant to the Medicare fee schedules to use those same fee schedules as the sole basis for the determination of reasonable expenses … would circumvent the legislative intent of the statute as defined by the Florida Supreme Court,” 1st DCA wrote in the 2014 decision.

But Miami-Dade Circuit Judge Lisa Walsh in 2019 found that if the insurer does not elect to use the fee schedule, it is just one factor that can be considered when determining if a provider’s fees are reasonable.

“We agree with Judge Walsh and hold that the insurer could use the Medicare Part B fee schedule as evidence to argue that the provider’s charges exceed a ‘reasonable amount,'” even though the insurer had not adopted the schedule of maximum charges, the 3rd DCA noted.