A jury has recently awarded an additional $18 million to a woman whose botched surgery at a Wenatchee, Wash. hospital left her unable to speak.

The Wenatchee World reported that Becky S. Anderson was having polyps removed from her vocal cords with a laser last year when a breathing tube in her throat caught fire. Central Washington Hospital agreed to pay $12 million to settle claims against it and a King County Superior Court jury has ordered that two other entities – Wenatchee Valley Medical Center and Wenatchee Anesthesia Associates – pay a combined $18 million. 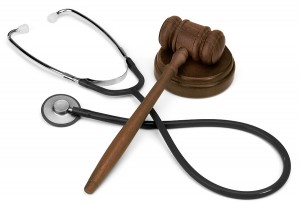 Anderson was flown to Harborview Medical Center in Seattle due to the seriousness of her injuries and had to undergo extensive care and numerous surgeries.

The hospital and medical center are now affiliated as Confluence Health, and that organization’s chief executive, Dr. Peter Rutherford, issued an apology to Anderson. He says she will require long-term care, requiring some assistance with breathing, but is able to swallow and has her mental faculties.

Rutherford says the organization has taken steps to make sure the mistake is never repeated.