Some Bristol Bay, Alaska fishermen have sued over the sinking last June and subsequent salvage of the Lone Star, which they say leaked fuel into the water and brought salmon fishing to an early halt.

The fishermen, in a lawsuit filed in state court in Dillingham, claim future fishing seasons are likely to be hurt as well. They also allege negligence in the salvage of the vessel, which they say resulted in salmon waste being spilled into the water and washed ashore, attracting bears that broke into and damaged cabins owned by the fishermen.

The vessel was carrying more than 10,000 gallons of diesel fuel and other petroleum products when it capsized and sank, according to a state Department of Environmental Conservation incident report. The crew reported that the anchor line struck the vessel’s transducer, damaging the hull, before the vessel began taking on water and sank. 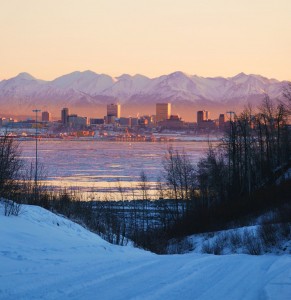 The lawsuit lists as plaintiffs 20 fishermen who operated set nets at or near the mouth of the Igushik River, though attorney Myron Angstman said he suspects more will join the case. He said estimated losses and potential damages have not been fully calculated. Set nets are cast from shore and connected to an anchor in the water.

The state’s court site did not list attorneys for the defendants as of Monday afternoon.

The lawsuit says Trident Seafoods “selected, trained, and supervised the owners and crew of tender vessels,” including the Lone Star, which sold salmon to the company. A call to Trident was directed to an individual who was out of the office.