Months after Carol Justice was wrongly told her home needs flood insurance, the Cornelius resident is still paying up – even though a surveyor has since determined her house is not in the flood zone.

Justice is one of hundreds of Oregon homeowners caught in a faulty system in which lenders lump properties near flood zones with those actually in it, a designation that requires flood insurance. It’s an issue that has drawn state scrutiny along with talk of minor federal reforms since an Oregonian story in April about statewide flood zone errors. Locally, the number of Oregon homeowners challenging flood zone designations is on the rise.

“Nothing has really changed,” Shirley said. 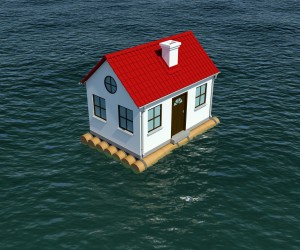 Justice lives on South Heather Street, where homes sit close to a flood hazard area, their backyards extending into a protected wetland. Some of those homes did not require flood insurance until 2012. That May, she and other homeowners along her street received letters from their lenders saying FEMA had designated their residences at high risk of flooding.

Since then, Justice said her life has been marked by a long series of payments. Flood insurance forcibly placed on her loans since 2012 costs $400 per month. A surveyor, who determined in October that her home is 8 inches outside the flood zone, cost $500. Using the surveyor opinion, her revised 2014 insurance quote lowered the payment to $700 per year but was due in full by November.

“I didn’t sign on for any of this,” she said. “I would not have bought this property if I thought flooding was an issue.”

Justice’s situation illustrates a larger narrative unfolding across the country: Lenders telling homeowners with properties just outside the flood zone that they need flood insurance when often they don’t. Part of the problem is horizontal mapping for what is technically a vertical measurement – weather water would likely reach a person’s home. It’s also difficult for homeowners to undo mapping errors, requiring costly surveys and lengthy paperwork.

FEMA has upped the stakes for lenders, with recent legislation more than quadrupling federally imposed fines for those failing to insure homeowners in flood zones. Shirley said that pressure has led insurers to require flood insurance for homeowners on the border of flood areas but not necessarily in them. The solution, though expensive, is slowly taking place in high-risk areas across the nation: More accurate FEMA maps that take into account a home’s elevation rather than simply the property at large.

The number of misidentified homes in Oregon has increased sharply since 2008, when Congress passed a five-year reauthorization and reform plan intended to keep the flood insurance program afloat and penalize lenders not insuring homes. In 2008, there were 282 challenges to flood zone designations in Oregon (almost all challenges are approved, according to FEMA). In 2013, that figure was 740. Since 2008, flood zone challenges have averaged about 634 annually in Oregon.

That process, called a map amendment, includes bringing in a surveyor and can run a homeowner more than $500 – a price tag that Justice said deterred her from originally trying to remedy the situation last spring. For homeowners seeking a revision based on fill, there’s an additional $425 filing fee. Those homes, like Justice’s, would be in the flood zone if not for construction that intentionally raises their foundations above the high-risk flooding area.

Another piece of the legislation would appoint a flood insurance rate map advocate to help homeowners better understand their designation, file appeals and pick the most appropriate coverage. Shirley said that was her suggestion, an attempt to add a “second line of defense” for homeowners who are largely without aid in challenging a designation.

Shirley said the legislation as a whole has good intentions.

“But it’s a little tiny nibble on a really huge problem,” she said.

For Justice, the map challenge reimbursement could help ease her mistrust of the system. She is still wary about the outcome of a costly map challenge, and said she will continue to pay the insurance as is for now.