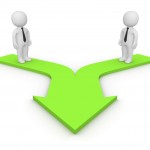 Catalytic represents syndicates at Lloyd’s of London as well as international and domestic carrier partners to write stand-alone commercial earthquake DIC and terrorism risks. Catalytic has 25 employees and offices in San Diego and Los Angeles, California and Chicago, Ill.

Former Collins Associates CEO and Guy Carpenter Americas Chairman Pat Denzer has joined Catalytic as chairman of the Board of Directors.

Western RE is a California domiciled insurance agency. The company is headquartered in Los Angeles, with an underwriting office in Chicago.