Oregon’s emergency management agency may not be well equipped to recover from a major disaster because of a history of leadership problems and an incomplete plan to handle emergencies, according to an audit issued by the Secretary of State’s office.

The audit describes the Office of Emergency Management as a strained workplace with inconsistent leadership, a lack of communication and teamwork between co-workers and unclear goals. The audit said the agency has three major problems: Employees receive little to no training. The agency has virtually no strategic plan to guide its work. There’s no formal relief and recovery section in the emergency management plan.

“The Office of Emergency Management needs to resolve its deep-seated organizational issues immediately and make sure that Oregon is fully prepared for a major disaster,” Secretary of State Kate Brown said in a statement released with the audit. “Anything less is inexcusable.” 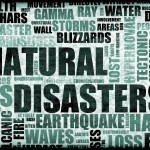 Senior leadership positions have been vacant for long periods during the last decade and, when not vacant, have seen quick turnover. In four years, the agency had three directors and three deputy directors.

The emergency management office is part of the Oregon Military Department, which has been led since August by Adjutant General Daniel Hokanson. The office has already filled vacant leadership positions and is working to correct the problems noted by the auditors, Hokanson said in a letter responding to the audit. All recommendations will be implemented by December, he wrote.

“The new OEM leadership team identified early the need to implement improved management processes and procedures, which are in line with many of the recommendations identified by in the secretary of state’s audit report,” Hokanson wrote.

Experts say Oregon is due for a major offshore earthquake and tsunami. The audit says such an event would require the removal of more than 1 million truckloads of debris, but the agency never addressed comments on its 2011 debris-management plan.