U.S. President Barack Obama is offering millions of dollars in aid and other assistance to California farmers, ranchers and communities beset by one of the worst droughts in the state’s history.

The federal help will be detailed today by Obama when he’s joined by California Governor Jerry Brown in Fresno, in the state’s fertile Central Valley. The drought is forcing farmers there to leave idle thousands of acres of fields in the state that supplies almost half of the nation’s fruits and vegetables. It has also left 17 rural towns so low on drinking water that the state may need to start trucking in supplies.

“The federal government will do all that it can to try to alleviate some of the stress,” Agriculture Secretary Tom Vilsack said on a conference call yesterday previewing the trip. “We are here to help, to the extent that we can.” 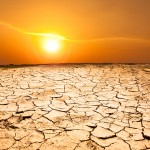 The administration plans to accelerate distribution of as much as $100 million in aid to ranchers to help feed livestock and offer compensation for losses. The Agriculture Department is also making available $15 million in conservation aid for the worst drought regions in California and five other drought- stricken states to reduce wind erosion on damaged fields and improve livestock access to water.

The White House said $60 million has been made available to California food banks for families affected by the drought, and plans are under way to establish 600 summer meal sites in hard- hit regions this summer.

Crop losses, property damage and lost tourism will hit California’s economy, which would rank as the world’s 10th largest, as it’s still emerging from the effects of the worst recession since the 1930s. Lost revenue in 2014 from farming and related businesses such as trucking and processing may reach $5 billion, according to estimates by the California Farm Water Coalition, an industry group.

The state also has become a tinderbox. There have been at least 487 wildfires so far in 2014, compared with only two for the same period a year ago, according to the state Forestry and Fire Protection Department.

Lawmakers at the state and federal level are debating steps to mitigate the water shortage.

A system that includes 34 reservoirs, lakes and storage facilities and more than 700 miles of aqueducts sends water from the Sierra Nevada Mountains in the north to Central Valley farmers and Southern Californians. For the first time in more than half a century, state officials said on Jan. 31 that they were unable to make deliveries through the project to 25 million Californians and about 750,000 acres of irrigated farmland.

While the California Legislature is under Democratic control, there is a split over a proposal by Brown, also a Democrat, to build two 30-mile-long water tunnels, each the size of a two-lane Interstate highway, under ecologically sensitive area east of San Francisco to pump water from Northern California to Southern California. Brown has asked the public for a 20 percent voluntary cut in water use after 2013 turned into the driest year on record.

In Washington, California Senators Dianne Feinstein and Barbara Boxer, both Democrats, are sponsoring legislation to provide the state with $300 million in emergency funding and help maximize water supplies.

The bill also would reduce review times for projects and direct water to users with the greatest need. Feinstein and Boxer, along with Vilsack, are scheduled to appear with Obama.

The Republican-controlled U.S. House on Feb. 5 approved a separate bill that would allow more water to flow into the parched San Joaquin Valley while rolling back some environmental restrictions.

The White House has threatened to veto the House measure, saying in a statement of administration policy earlier this month that it “would undermine years of collaboration” among federal, state and local officials and result in a resumption of litigation over water use.

Obama may use the occasion to highlight his policies on climate change.

Last November, he signed an executive order directing federal agencies to make it easier for state and local authorities to rebound from extreme weather events and plan for the effects of climate change.

“The debate is settled,” Obama said in his State of the Union address. “Climate change is a fact.”

John Holdren, Obama’s science and technology adviser, said on the conference call that scientific evidence suggests that the current California drought is “one of the strongest in the last 500 years.”

Global climate change “is increasing the intensity and the frequency and length of droughts in drought-prone regions,” he said.

–With assistance from Jennifer Oldham in Denver, Michael B. Marois in Sacramento and Margaret Talev in Washington. Editors: Joe Sobczyk, Michael Shepard