The funds from HUD will help with housing and infrastructure repairs and flood mitigation as state officials prepare for spring runoff from the winter snowpack.

“It’s going to make an enormous difference right at the right time,” Donovan said, also noting that construction season is just ramping up. Donovan made the announcement at the state Capitol with Democratic Gov. John Hickenlooper and U.S. Sens. Mark Udall and Michael Bennet.

“We all know that while we can never truly replace the homes, the businesses, the lives that were lost because of this natural disaster, I know that with this announcement today, we can help you all move forward with the rebuilding of your homes and your communities,” Donovan said. 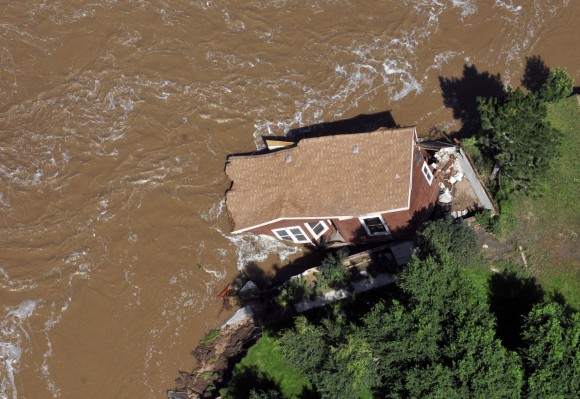 At least 80 percent of the funds will be spent on the hardest-hit communities – Weld, Boulder, and Larimer counties. The funds add to the nearly $63 million in disaster relief that HUD awarded Colorado in December.

The floods damaged or destroyed nearly 2,000 homes, washed out hundreds of miles of roads, and damaged dozens of bridges. Nine people were killed.

“There is nothing quite like looking in the eyes of a family that has been through a disaster like this,” Donovan said.

Hickenlooper praised the recovery efforts thus far and the cooperation between local, state, and federal officials.