International criminal enterprises follow the money, and a report says they are increasingly focusing on California because of its wealth and innovation.

Aside from long-time trafficking in drugs, guns and people, the report by California Attorney General Kamala Harris says criminals are turning to cybercrime to target businesses and financial institutions.

It calls California the top target in the U.S. for organizations that often operate from safe havens in Eastern Europe, Africa and China.

“California is a global leader on a number of fronts and, unfortunately, transnational criminal activity is one of them,” the report released Thursday states. 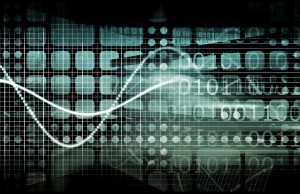 Harris said it is the first comprehensive report to outline the effects international criminal organizations are having on Californians and businesses in the state.

California leads all states in the number of computer systems hacked or infected by malware, the number of victims of Internet crimes, the amount of financial losses suffered as a result and the number of victims of identity fraud. The report says the state also is particularly vulnerable to thefts of intellectual property because of its leading role in developing new technologies and mass-media entertainment.

“Not surprisingly, transnational organized crime has tapped into this new criminal frontier,” the report says. “Many of these breaches have been tied to transnational criminal organizations operating from Russia, Ukraine, Romania, Israel, Egypt, China, and Nigeria, among other places.”

California’s gross domestic product of $2 trillion, significant foreign trade activity and border with Mexico also makes the state an easy target for international money-laundering schemes, the report says. It estimates that more than $30 billion is laundered through California’s economy each year.

Some is filtered through legitimate businesses or by using virtual currencies such as Bitcoin. But the report says backpacks and duffel bags stuffed with cash have been seized more frequently since Mexico began toughening its money-laundering laws in 2010.

Seizures of bulk cash increased 40 percent by 2011 in California, which now leads the nation in the number of currency seizures.

California should alter state law to make it easier for prosecutors to crack down on money laundering, the report says. Unlike federal law, state law currently requires prosecutors to prove that a suspect deliberately carried out a financial transaction in a way designed to hide the fact that the money came from or was used for a criminal activity.

The report also recommends that the Legislature change state law to let prosecutors temporarily freeze the assets of transnational criminal organizations and associated gangs before they seek an indictment.

It also calls for the state to devote more money to the state Department of Justice, which Harris leads. That would include $7.5 million to fund five new teams that would target international criminals.