The University of California has agreed to pay $10 million to a former surgical chairman who says he was the victim of retaliation after pointing out conflicts of interest at UCLA’s medical school.

The Los Angeles Times reported UC regents agreed to the settlement Tuesday, just before closing arguments were to begin in the lawsuit brought by 54-year-old Robert Pedowitz.

Pedowitz was recruited to UCLA in 2009 to run UCLA’s orthopedic surgery department. 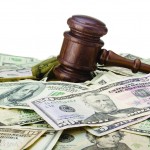 In 2012 he sued the school, the regents, fellow surgeons and university officials, saying they failed to act on his complaints that doctors were allowed to take payments from device makers and other companies that may have compromised patient care. He said he was later victimized for speaking out.

UCLA and the regents denied any wrongdoing, but said they paid Pedowitz to avoid the “expense and inconvenience” of further litigation.