The fiery fight is apparently over between the makers of a popular and tasty hot sauce and a small Southern California city that said its factory’s smells were unbearable, after the Irwindale City Council voted to drop a public nuisance declaration and lawsuit against the makers of Sriracha hot sauce.

The dual moves Wednesday night brought an effective end to the spicy-air dispute that had Sriracha devotees worried about future sauce shortages and had suitors including the state of Texas offering its producer, Huy Fong Foods, a friendlier home.

The closed-session council vote was unanimous with one councilman abstaining due to a conflict of interest, the San Gabriel Valley Tribune reported.

Residents and business leaders praised the vote that some called overdue. 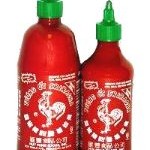 “Thank you so much for saving Irwindale because we were headed in the wrong direction,” Irwindale Fred Barbosa, who lives in Irwindale, told the Tribune after the vote.

Bob Machuca of the Los Angeles County Economic Development Corp. said the resolution showed California is “open for business” and is “what we needed to do a long time ago.”

The city of about 1,400 people had been at odds with the company, which recently moved its main operations there, after residents complained last year of spicy odors burned their throats and eyes.

It wasn’t immediately clear what prompted the council change its position, but the company had been asking the city for more time as it worked with regional air-quality officials on a plan to make the smell go away.

Tran, an immigrant from Vietnam whose company produces several chili sauces based on the flavors of his native country, said Tuesday that he installed stronger filters at the plant, and he’s confident they will block fumes when the chili-grinding season begins in August.