Arizona’s policy of denying driver’s licenses to people who came to the U.S. illegally as children was blocked by a federal appeals court in San Francisco, which said the measure is probably unconstitutional.

The policy most likely violates equal protection rights of individuals covered under the federal “Deferred Action for Childhood Arrivals” program, the court said today, approving a temporary order blocking enforcement while a legal challenge to the policy proceeds.

Arizona Gov. Jan Brewer, who backed the state’s first- of-its-kind crackdown on undocumented immigrants in 2010, called the deferred action program a “lawless directive” that doesn’t give immigrants “authorized presence” in the U.S.

“It is outrageous, though not entirely surprising, that the Ninth Circuit Court of Appeals has once again dealt a blow to Arizona’s ability to enforce its laws,” Brewer, a Republican, said in an e-mailed statement. “The ruling is especially disturbing given the current influx of illegal aliens, a crisis President Obama created and escalated.” 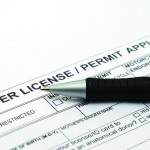 The number of unaccompanied, undocumented children crossing the U.S. border with Mexico is on the rise. More than 52,000 unaccompanied children have arrived at the border this fiscal year though June 15, about double the number in a similar period in 2013, according to data from the U.S. Customs and Border Protection.

Obama on June 30 asked Congress for emergency funds and legal authority to stem the rising flow of children into the U.S. and said legislation may be needed to increase penalties for people smuggling them.

The 2012 “deferred action” initiative lets anyone who came to the U.S. illegally before age 16 and is in school, has no criminal record and meets other requirements stay in the country and obtain a work permit.

The three-judge panel said beneficiaries of the program in Arizona were likely to succeed on the merits of their lawsuit claiming the state’s rules prohibited them from obtaining driver’s licenses are illegal.

“After yet another loss in court, Arizona should stop its senseless battle against immigrants,” Victor Viramontes, an attorney with the Mexican American Legal Defense and Educational Fund representing five people suing Arizona, said in an e-mail.

Brewer said she was considering options to appeal today’s ruling.