In one of the most drastic responses yet to California’s drought, state regulators on Tuesday will consider fines up to $500 a day for people who waste water on landscaping, fountains, washing vehicles and other outdoor uses.

The rules would prohibit the watering of landscaping to the point that runoff spills onto sidewalks or streets. Hosing down sidewalks, driveways and other hard surfaces would be banned along with washing vehicles without a shut-off nozzle.

Violations would be infractions punishable by the fines, although most cities are likely to have a sliding scale that starts with a warning and increases for repeat violations.

The State Water Resources Control Board said it received about 100 written comments after it proposed the emergency regulations last week. 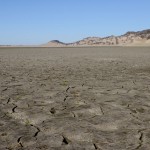 So far, people have been pretty supportive,” board Chairwoman Felicia Marcus said. “I think people recognize that we’re taking a moderate approach and we’re sending a message as much as anything.”

The board estimates that the proposed restrictions could save enough water statewide to supply more than 3.5 million people for a year. That’s enough to meet the needs of nearly nine of every 10 Los Angeles residents.

The California Department of Water Resources estimates that cities and suburbs use about a fifth of the state’s water, about half going outdoors. Agriculture is by far the greatest water user, accounting for 75 percent of the state’s consumption.

San Francisco officials worry about the prohibition on washing streets and sidewalks. Public Works Department spokeswoman Rachel Gordon said that could interfere with the frequent cleaning of alleys to wash away human waste where there are high concentrations of homeless people.

“We feel very strongly that this is a health and safety issue for people in San Francisco,” she said.

Nor does it do much for tourism if visitors see or smell the waste. During the past 12 months, she said the city responded to about 8,000 calls to steam clean streets of human waste.

The proposed state regulations already provide exceptions when health or safety is at risk, but Gordon said San Francisco wants to make sure it doesn’t run afoul of the rules even as it takes other steps to conserve water.

Some water agencies have said the proposed fines are a good way to get residents’ attention, while others say the steps aren’t needed to meet Gov. Jerry Brown’s goal of a 20 percent reduction in water use.

Roseville, a suburb of Sacramento, has seen its water use decline about 16 percent this spring without widespread fines, said Lisa Brown, the city’s water conservation administrator. City employees are sent to warn wasters and administrative fines are imposed on those who don’t comply.

The city says the infractions proposed by the state board are criminal penalties that would have to be issued by sworn police officers.

A $500 fine “is excessive and could cause more problems,” Lisa Brown said in an email. “The time it would take to collect payment for a penalty would be better served educating our customer base.”

The state water board says tickets could be written by any public employee empowered to enforce laws, not just police. Marcus said there is no intent to undermine current practices by any local agency.

She said the state board could easily make technical or moderate changes to the proposed regulations during its meeting Tuesday after hearing testimony. However, significant changes would prompt a delay while the board seeks additional public comments.