A group testing West Coast waters for radiation from a damaged Japanese nuclear power plant says no evidence of contamination has been found in Oregon.

Massive amounts of contaminated water were released from the Fukushima nuclear power plant in Japan after the 2011 earthquake and tsunami. Scientists say the radiation will hit the U.S. this year at very low levels that won’t harm humans or the environment. But no federal agency is monitoring it.

That’s where a chemical oceanographer at the Massachusetts-based Woods Hole Oceanographic Institution stepped in. Using crowd-sourced money and volunteers, Ken Buesseler has been testing samples from the Bering 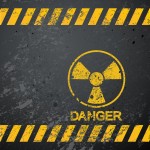 The samples from Oregon were taken in Pacific City by the Tillamook Estuaries Partnership.