A state official says there is no active earthquake fault under the site of a proposed development in Hollywood.

The Los Angeles Times reported geologist Stephen Testa said Thursday that there’s “a lot of strong evidence” that a fault is not present as indicated by the California Geological Survey’s proposed zoning map. Testa is executive officer of the State Mining and Geology Board.

His conclusion supports previous testing by experts hired by the developer hoping to build a 16-story apartment complex at the former home of KFWB’s radio studio. 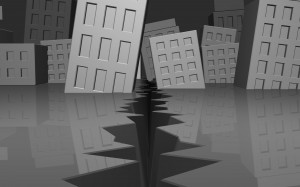 Testa’s report now goes to state geologist John Parrish, who has final say over how the map is drawn.

Parrish says the state geological survey was not given ample access to the developers’ trenches to make its own determination about a fault.