A Utah city says it’s not to blame for a landslide that crushed a home earlier this month and forced evacuations in a mountainside community.

No one was injured when the hillside tumbled on Aug. 5 in a subdivision about 10 miles north of Salt Lake City.

North Salt Lake officials approved the sloping development after outside consultants in two separate studies deemed the area safe for homes, according to a statement issued Wednesday on the city website.

It is unclear which officials drafted the statement. City Manager Barry Edwards, when asked, would not identify the officials to The Associated Press but said the city council had approved it. 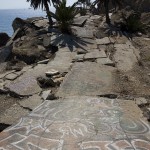 The notice says officials could not have halted the collapse.

“The City does not believe it is responsible,” the statement reads, for the “catastrophic” event.

Neighbors disagree, saying in recent weeks that they warned the city of cracks in the slope earlier this summer, and the city was too slow to fix it. Crews began work on the slope the day before the hillside tumbled after first razing the area about a year beforehand.

Although the officials are refusing responsibility, they’re rethinking the permit process, Edwards said.

Previously, North Salt Lake officials have approved such proposed new neighborhoods, even when they worried about the potential for landslides or other hazards in the communities, Edwards said. They deferred, he said, to the outside engineering firms.

The approach has been: “To stay out of court, you take the safe course, which is to require the studies and unless there’s something abnormal, approve the subdivision,” Edwards said. “We’re going to rethink that strategy.”

From now on, city officials are considering denying such permits despite the studies, even if it means the city must fight lawsuits from developers who contend an area is safe for construction.

Under Utah law, cities aren’t liable for such damages. Once a contractor or developer gets the license, their own builders or contractors assume liability, Utah attorney Jack Helgesen said earlier this month.

When the 400-foot landslide hit at about dawn Aug. 5, eight people scrambled to safety before gravel collapsed the walls and ripped the roof from their house, said family member David Utrilla, who did not live in the home.

The household of extended family members included his parents, siblings, in-laws, nieces and nephews. They are now staying in a temporary home offered by Eaglepointe Development, which built the neighborhood. The firm is collecting donations for the displaced family of 12 who lived in the house valued at about $415,000.

City officials are working to determine whether unpermitted construction work contributed to the disaster. Eaglepointe Vice President Scott Kjar has said that the firm abided by city rules.