New maps from the Federal Emergency Management Agency have reclassified hundreds of Oahu properties and placed them in a high-risk flood zone.

Mortgage lenders will likely require property owners to buy flood insurance if they find themselves in the zone.

The change will take effect on Nov. 5, the Honolulu Star-Advertiser reported Monday.

The largest area affected is west of Waimalu Stream below Moanalua Road. It includes Waimalu Shopping Center, Best Buy and residences. The area was previously classified as undetermined risk.

“I’m kind of in shock,” said Troy Sumic, a Waimalu resident for more than 30 years. “I’m kind of wondering how they came up with their assessment. We’ve never had a flood where I live.” 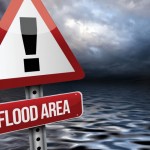 Two other areas significantly affected by revisions are along Halawa Stream and in the Coconut Grove area of Kailua near Kawainui Marsh.

Halawa resident Joanna Barroga said the risk of flooding might be reduced if the city would clear and dredge Halawa Stream.

She said the stream is full of debris, and the last time the waterway was dredged was 25 years ago.

Ross Sasamura, director and chief engineer of the city’s Department of Facility Maintenance, said the city has a project underway to dredge the stream. But he said structural improvements would be needed to contain extreme flows during a major flood.

Coconut Grove was flooded by several feet of water when Kawainui marsh overflowed during heavy rains in 1987. Residents say there hasn’t been a problem since the levee next to the marsh was improved in 1997.

Federal officials base their risk guidelines on whether there’s a 1 percent chance or greater that a major flood will occur in an area in any given year.

Carol Tyau-Beam, the state National Flood Insurance Program coordinator, said property owners who think they have been inadvertently placed in the high-risk flood zone may apply to FEMA for an amendment letter.

Residents said filing for an amendment would probably be their last option, because it would require hiring a surveyor.