The bill was in response to a limousine fire that killed a newlywed bride and four of her girlfriends on the San Mateo-Hayward Bridge in 2013. Four other friends inside the limo and the driver survived. 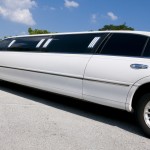 The California Highway Patrol concluded that the fire was caused by a catastrophic failure of the vehicle’s rear suspension system, igniting the carpet in the rear passenger compartment.

The bill requires modified limousines that seat up to 10 passengers to be equipped with two fire extinguishers and be inspected by the CHP every 13 months.