Eric Lee, 64, of Orange County, Calif., was arrested last week by the California Department of Insurance and charged with 20 felony counts, including grand theft and allegedly providing false or misleading information to an insurer during a scheme that netted him over $1.4 million in fraudulent commissions.

CDI began its investigation of Lee in 2011 after an audit revealed many of Lee’s policies failed to have any premium payments after the first policy year. Investigators believe Lee directed policyholders to complete fraudulent applications with false or misleading information and insufficient financial means to pay for the insurance policies being written. As a result, Lee received $1.4 million in fraudulently obtained commission payments between October 2009 and October 2010.

Lee is being prosecuted by the Orange County District Attorney’s Office with bail set at $1.4 million and is required to show that bail funds are not from money obtained through his scheme. Lee is scheduled to appear in court today for his arraignment. 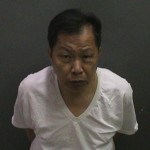 “It’s unfortunate that there are dishonest agents that violate their fiduciary responsibilities,” Insurance Commissioner Dave Jones said in a statement. “The Department of Insurance regulates more than 360,000 licensed agents and brokers who work hard to be professional and honest in their business practices.”

This case is being investigated and prosecuted under the Life and Annuity Consumer Protection Program, which provides grant funds to counties for the prosecution of financial abuse in life insurance and annuity product transactions.