Controlling pharmaceutical costs is a big part of any discussion to reduce workers’ comp costs.

Drug formularies are lists of approved drugs that in some cases limit the variability in prices for certain types of drugs. 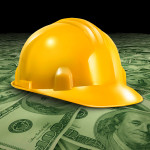 They are used in group health, Medicare and other health care programs. The Texas, Washington and Ohio workers’ comp systems have mandatory formularies.

To measure the potential of initiating a formulary in California, CWCI researchers took 1.6 million workers’ comp prescriptions filled in California between Jan. 1, 2012 and June 30, 2013 and applied the Texas and Washington formularies.

The study also showed a reduction in brand name drug payments between 42 and 95 percent, and that the use of Schedule II opioid painkillers would be reduced by 36 to 45 percent, reducing the associated payments for these drugs by 65 to 78 percent.

The study estimated that the additional controls provided by a formulary could reduce total pharmaceutical payments by $124 million to $420 million a year.

Taking the opioid tramadol as an example the authors of the study showed that the drug, which is manufactured by several different companies, can vary in cost from $190 to $8 per prescription.

“That illustrates just how variable are prices are, even when it comes to the same drug,” Swedlow said.

Swedlow said researchers tried to stick with the same type of drugs in all comparisons when plugging in prescriptions in California’s workers’ comp system to the Texas and Washington formularies.

As CWCI worked on the formulary report it consulted with government organizations, and Swedlow said he was made aware that some involved with California’s workers’ comp system are considering that possibility.

“We are aware of discussions within the Department of Workers’ Comp about using a formulary,” he said.

Insurers wishing to see costs driven down welcomed the news.

“Really the savings that can be produced by these formularies is remarkable,” said Mark Walls, vice president of communications and strategic analysis at Safety National.

Walls said pharmacy costs vary from 10 to 20 percent in most states, and he thinks the fairly new concept of establishing formularies will start to catch on.

Walls thinks formularies will also go over big with those who are concerned about the nation’s opioid epidemic.

He noted that following the establishment of Washington’s guidelines there was a decrease in injured worker deaths from opioid overdose.

“To me that’s as powerful as a reason to do this as the money – it’s the lives,” Walls said. “That is to me the No. 1 most compelling reason to look at something like that.”

To establish a formulary in California it would merely require regulatory changes by the Department of Workers’ Compensation, and wouldn’t require the involvement of the Legislature to make it happen, according to the study.

A state-mandated, closed pharmaceutical formulary could be adopted as part of the Medical Utilization Treatment Schedule, and because MTUS is presumed correct medications not included in the formulary would not be reimbursable, according to the study.

“In addition, state law requires that persons or entities dispensing medicines and supplies dispense a generic equivalent unless one is not available,” the study states. “A prescribing physician may specify in writing that a non-generic drug be dispensed, but if a certain medication is specifically eliminated from a closed, state-mandated formulary, its reimbursement would be precluded unless it was found to be appropriate following independent medical review.”

However, if the idea of establishing a formulary gets any momentum there may be a few hands raised in objection considering pharmaceuticals in California’s workers’ comp system represent a $1 billion industry.