According to the California Department of Insurance, Basler actions placed responsible families at unnecessary financial risk in an area prone to wildfires.

“Insurance is the first line of defense for consumers in protecting our single largest asset, our home,” Insurance Commissioner Dave Jones said in a statement. “As a licensed agent Basler’s crime put these people at great financial risk.”

The investigation revealed Basler, a licensed insurance agent since 1993, was collecting premiums for homeowner insurance coverage but failed to place the policies with an insurance company. 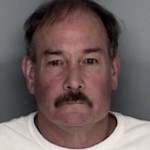 Basler issued fraudulent certificates of insurance to his clients to hide his scheme, and the lack of insurance coverage left Basler’s clients vulnerable for personal financial loss, especially since many clients lived in high fire danger areas, CDI stated.

According to investigators, Basler would send renewal quotes to his clients and they would issue a check to Basler’s agency to renew their policies. One client paid Basler for more than four years until the department’s investigation revealed the homeowner had been without insurance since 2009.

A review of Basler’s bank records further revealed several other clients who had been paying Basler their premiums lacked valid policies, according to CDI.

Basler was prosecuted by the Santa Barbara City Attorney and sentenced to 240 days in the Santa Barbara county jail, four years of probation and ordered to pay restitution. Basler is scheduled to return to court on Dec. 5.