The U.S. Department of Labor’s Mine Safety and Health Administration imposed a roughly $1 million fine following an investigation into the deaths of two miners at Revenue Mine in Colorado on Nov. 17, 2013.

The underground silver ore mine, located in Ouray County, was operated by Star Mine Operations LLC.

Around 2 p.m. on the day before the accident occurred, roughly 1,600 pounds of deteriorated explosives were detonated underground in an open air blast. Crew members on the next shift, who reported to work later that evening, were neither notified of the blasting activities nor was the area where the explosives were set off — called the Monogahela Drift — barricaded to prevent miners from entering, according to the investigation.

Two miners on that evening shift became ill while working in that area and retreated from the mine. A third miner also returned to the surface after encountering what he called “bad air.” Despite complaints to mine management from the three miners, no action was taken to identify, correct or report the hazardous condition in the drift. When explosives are detonated, carbon monoxide is released into the atmosphere. It is a toxic gas that can pose a risk to workers in an underground mine, according to the investigation. 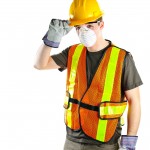 The following morning, two members of the day-shift crew traveled into the drift to observe the results of the shots fired on the previous day. One of the miners, Nick Cappanno, who had one month of mining experience, was overcome by toxic levels of carbon monoxide, while the other miner was able to retreat from the area. In an attempt to rescue Cappanno, the shift boss, Rick Williams, entered the drift and was also overcome by carbon monoxide. Twenty other miners were exposed to carbon monoxide while unsuccessfully attempting to rescue the two victims, seven of them were hospitalized.

MSHA investigators determined that the fatal accident occurred due to management’s failure to dispose of deteriorated explosives in a safe manner. The explosives were detonated in an area of the mine that was not ventilated, and no post-blast examination was conducted.

Management also failed to take any action when two miners went into the unventilated Monogahela Drift and reported feeling ill, and it failed to withdraw miners as a result of the imminent danger created by the blast, the investigation found.

Management did not establish an accurate and viable ventilation plan, barricade or seal unventilated areas, or properly train new employees on mine health and safety procedures. Finally, MSHA was not immediately notified of the reportable accident involving the two miners falling ill during the evening shift on Nov. 16 when they were exposed to toxic gasses caused by the blast in the Monogahela Drift.

As a result of its investigation, MSHA issued eight unwarrantable failure orders, including six designated as flagrant violations.

On Sept. 25, Revenue Mine was put on a pattern of violations of mandatory health or safety standards under the Federal Mine Safety and Health Act of 1977. MSHA cited 92 significant and substantial violations at Revenue Mine during the 12-month review period beginning Aug. 1, 2013, and ending July 31, 2014.