The studies and heavy advertising by the opposition to Proposition 46, the Medical Malpractice Lawsuits Cap and Drug Testing of Doctors Initiative, may be among the reasons the once-popular initiative has been losing ground over the last few months.

According to a new Public Policy Institute of California survey, only 39 percent of likely voters say they favor the initiative.

Forty-six percent say they plan to vote against it, with others still undecided, the poll shows.

The initiative is referred to by proponents as the Troy and Alana Pack Patient Safety Act of 2014, so named after the two children of an Internet entrepreneur who were killed by a driver under the influence of alcohol and abused prescription drugs. 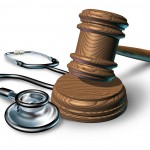 Supporters argue that pain and suffering awards from medical negligence are too low. Opponents say the measure is backed by trial lawyers who want to see larger medical payouts.

Among its provisions, it would create the first law in the U.S. to require random drug testing of physicians and actions for doctors found to be impaired while on duty.

The main theme of the proposition is to raise the cap Medical Injury Compensation Reform Act, signed into law in 1975 and capping noneconomic pain and suffering damages at $250,000, to $1.1 million to account for inflation.

Prop. 46 opponents cite reports from the Legislative Analyst’s office that say increased state and local governments yearly healthcare costs generated by raising this cap could be in the tens of millions to several hundreds of millions of dollars.

Those working to raise it call it an “artificial cap” that needs to be changed.

“In all that time the MICRA limit has remained unchanged, despite decades of inflation that have reduced its economic effect by more than 75 percent,” the Consumer Attorneys of California states on its website.

According to the group, the act has “undercut the rights of Californians injured by the negligent acts of our health care system.”

Those in favor of the measure include Sen. Barbara Boxer, consumer advocate Erin Brockovich and Consumer Watchdog.

Consumer Watchdog spokeswoman Carmen Balber pointed to the amount of spending to defeat the initiative as a reason to be wary of the opposition.

“This year the insurance industry is spending over $80 million to fight consumer protection measures on the ballot,” Balber said, referring to both Prop. 45, a health insurance initiative, and Prop. 46.

Recently filed campaign finance reports show doctors and health insurers have spent more than $53 million to defeat Prop. 46, roughly 7 times more than those who support it.

Balber called Prop. 46 “a patient safety measure that will save lives by deterring negligence and preventing substance abuse by doctors and their patients.”

She also said that raising the cap will encourage attorneys to take these type of cases. As it stands victims have difficulty finding attorneys to take cases because the cap reduces awards and makes it difficult for lawyers to recover the cost of a trial, she said

“It’s a complete bar to the courtroom door,” Balber said. “It’s going to cost them more than they can recover and they can’t afford to take it.”

Insurer The Doctors Co. says passage of the initiative will have an impact – one the insurance industry nor the medical community nor people seeking medical care will like.

The average cost to defend all claims is above $80,000, according to Hal Dasinger, vice president of government relations for the carrier, a major contributor of funding to fight Prop. 46.

Dasinger said that not only will raising the cap likely increase claim costs, but it could increase the number of claims as more trial lawyers pursue medical malpractice cases.

Since The Doctors is owned by policyholders the carrier typically defends bad claims vigorously, Dasinger said.

The company will settle when liability is clear, but in cases in which liability is not so clear there may be no middle ground to be had – a company like The Doctors may be left with little choice but to continue battling trial lawyers driven by the higher cap on noneconomic damages, he said.

“My fear is that more claims will be made where liability is not at all clear but there’s an injury,” Dasinger said. “Those cases can be more expensive to defend.”

For policyholders the impact may be very clear, he added.

“If the claims experience goes up, the premiums go up,” Dasinger said.

He said policyholders may be looking at higher premiums, or higher limits.

A survey conducted earlier this month by Integro Re, the reinsurance division of international brokerage and risk management firm Integro, shows that if Prop. 46 is approved by voters, survey respondents predict an average increase to primary insurance rates of 15 to 20 percent and a 10 percent increase in reinsurance rates.

Respondents also expected that among medical professional liability reinsurers doing business in California, 25 percent will be more selective in underwriting while 58 percent will maintain the same level of interest in writing this coverage.

That study, also released earlier this month, showed that a less restrictive $500,000 cap had no significant effect.

“What happens is these more restrictive caps that are under $250,000, those caps actually reduce payments,” said study co-author Eric Helland, an economist at RAND and a Claremont McKenna College professor.

Larger caps do little to reduce average awards because large suits are infrequent, and thus large suits don’t factor in to the average as much as the numerous smaller suits, Helland said.

Raising the cap will do one thing for sure, he said, adding “it’s going to result in higher costs to insurers. I think it’s fairly safe to say if you go and push a $250,000 cap to a $1.1 million cap you’re going to end up with insurers facing a higher litigation costs and they’re going to pass some of the costs on to doctors.”

Another piece of ballot measure may affect policyholders, noted Dasinger with The Doctors.

A portion of the proposition requires doctors with hospital privileges to be tested randomly or when a physician is suspected of abusing alcohol or drugs or when a mistake occurs in treatment.

Opponents of the measure, including Dasinger, say the testing provision was included as a “political sweetener.”

“I believe that those sections were added on to try to generate voter appeal for approving raising the cap on the malpractice minimum,” Dasinger said.

John Norwood, who lobbies on behalf of the insurance industry in California, said the drug testing component of the measure disguises the real motive of those behind it.

“Prop. 46 is another attempt by the trial lawyers to confuse the issue with the public,” Norwood said. “The Legislature is unwilling to vote to increase the cap on medical malpractice claims and it’s the same with the voters in California if they had to vote on that issue up front. The trail lawyers are trying to cloak this issue in unrelated topics purely as a beard to committee fraud on the voting public.”

There’s also the matter of the inflation adjustment. Proponents of the measure note there has been not raise in the cap since 1975, and that $250,000 is now a small amount for pain and suffering in some cases, particularly where loss of life for life-long disability has occurred.

Dasinger argued against that inflation argument.

“First of all payments to injured patients have gone up,” he said.

“The inflation part is sort of a red herring,” he said.

Is pain itself is subject to inflation?

“That’s a fairly complex idea and I’m not sure that it’s true,” Dasinger said.