The adopted amount is lower than that proposed by the Workers’ Compensation Insurance Rating Bureau of California. WCIRB’s proposed advisory average rate was $2.77 per $100 of payroll.

After a public hearing and review of the testimony and evidence submitted, the California Department of Insurance said it recommended adoption of a pure premium rate amount lower than the WCIRB on the basis that a greater reduction in medical losses should be used in the actuarial model due to the anticipated savings from the worker’s comp reform law Senate Bill 863 signed in 2012. 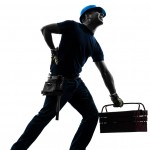 Jones, WCIRB and the public members’ actuary all agreed that the overall impact of SB 863 continues to result in savings for the workers’ comp system. The California Department of Insurance continues to observe that medical and indemnity losses are outpacing wage growth and consequently, the average advisory pure premium will increase in 2015, CDI stated.