Officials are considering new water restrictions as California’s drought drags on, possibly forcing residents to ask for water at restaurants and for fresh towels and sheets at hotels.

The State Water Resources Control Board floated the ideas at an informational hearing Tuesday as it considers extending and expanding mandatory water-use rules.

The board last summer imposed emergency regulations prohibiting Californians from washing their cars with hoses that don’t shut off and limiting how often they can water their lawns. Board members appeared ready to extend those rules and add new ones Tuesday.

“I find it galling when whole sets of water glasses end up on a (restaurant) table, even in Sacramento,” said Felicia Marcus, chairwoman of the board. “The key is to get away from very light mandatory restrictions.” 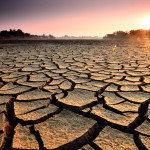 The board has the sweeping power to define when water use is unreasonable, and it could eventually expand the definition to include using drinking water to maintain golf courses and cemeteries. Marcus said the board would likely take smaller steps first, such as prohibiting decorative outdoor water fountains.

Existing emergency regulations have authorized agencies to fine water wasters up to $500 a day, though such stringent enforcement has been rare.

For homeowners, new rules also could include a ban on watering lawns during cold and rainy periods.

Some proposals presented Tuesday targeted businesses, such as requiring restaurants to only serve water on request and telling hotels not to automatically provide guests with fresh towels and sheets every day. Some cities have similar rules already in place.

The board has considered making some water restrictions permanent with the prospect of future droughts looming.

“We definitely need permanent regulations,” said Frances Spivy-Weber, the board vice-chairwoman. “I just don’t see how we can enter the next 30 years with climate change without them.”

The board could consider the extension of restrictions next month and take up other possible regulations later in the year.

Demotech: Investor Interest in Florida Will Diminish Without Legislative Action