The members of the Surplus Line Association of California have named Denis Brady, president of Burns & Wilcox Brokerage in San Francisco, chair of the SLA Board of Directors.

Brady’s election was finalized after the SLA tallied the final ballots from members who were unable to attend the SLA annual meetings on Feb. 3, 2015 and Feb. 5, 2015, in San Francisco and Los Angeles. 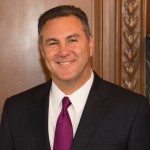 Brady takes over from Ian Fitt, vice chairman of Catalytic Holdings LLC, who completed his 2014 term as chair and was elected to a seat on the board.

Newly elected to seats on the board are Bob Gilbert, director of underwriting and production with Markel West Insurance Services, and Terri Moran, senior vice president and western region executive with Vela Insurance Services.

Completing the 13-member board are:

All those elected to the 2015 board will serve until balloting is completed following the next SLA annual meeting in February 2016.

San Francisco-based SLA operates as a self-governed private organization. Appointed by the Commissioner in 1994, the association serves as the statutory surplus line advisory organization to the California Department of Insurance and facilitates the state’s capacity to monitor and direct surplus line brokers’ placements of insurance with eligible nonadmitted insurers.