Three women who say they were sexually abused by a sixth-grade teacher 45 years ago have sued the Oregon school district that employed him.

The federal lawsuit also lists the teacher as a defendant. The complaint says the man lives in Idaho, but information obtained by The Associated Press shows a former teacher with his name died in Idaho in December.

The women, identified by the initials C.R., S.G. and T.L., say the teacher sexually touched them at Fruitdale Elementary School in Grants Pass during the 1969-70 year, and the principal told the girls and their parents not to report the misconduct to law enforcement. 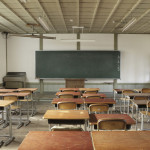 Kevin Sullivan, a Seattle-based attorney, said two of his clients live in Washington state and the other in Oregon. The legal action began when one of them contacted his office last year.

“She’d been having a really tough time emotionally, has for years, and finally connected the dots that it was related to this abuse at the hands of this teacher,” he said.

The woman identified former classmates as potential witnesses and two joined the lawsuit filed Wednesday in U.S. District Court in Portland. It seeks damages for civil rights violations as well as negligence, sexual battery and the infliction of emotional distress.

Though the lawsuit asserts that parents were told not to contact police, Sullivan said at least one parent did report the teacher.

“The lady is very clear that her mom went and talked to the police,” Sullivan said. “And she was brought into the Grants Pass Police Department and was interviewed.”

A search for police reports involving the teacher turned up nothing, Grants Pass police said Friday.

Sullivan said the women remember the teacher departing Fruitdale shortly before the end of the school year, so the matter was perhaps resolved by having him agree to resign.

“The teacher was just suddenly no longer there” Sullivan said. “No explanation to the affected children, their parents or to other parents or the community.”

Records show the teacher of the same name was 84 when he died in December. An obituary says he taught school before a mid-life career change in 1977 took him to southern Idaho, where he raised pigs and became a farmer. The listed phone number for his widow has been disconnected.