An appeals court has trimmed to $2.8 million the damages awarded to a woman who said the Jehovah’s Witnesses allowed an adult member of a Northern California church to molest her when she was a child in the mid-1990s.

The San Francisco Chronicle reported the First District Court of Appeal on Monday also overturned $8.6 million in punitive damages against the religion’s then-governing body, the Watchtower Bible and Tract Society of New York. 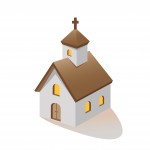 The trial jury said the group should pay for failing to warn members of the North Fremont Congregation that Jonathan Kendrick had previously molested his stepdaughter.

But the appeals court said churches have no legal duty to warn members that one of their fellow congregants was a sex offender.