An Arizona court has ruled that a previous decision on driving under the influence of drugs doesn’t apply retroactively.

A 2014 state Supreme Court decision said authorities can’t prosecute Arizona motorists for driving under the influence of marijuana unless the person is impaired at the time of the stop.

That ruling focused on marijuana compounds detected in blood and urine _ one that causes impairment and one that doesn’t but stays in a user’s system for weeks. 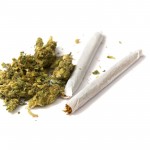 A woman convicted of driving under the influence due to having a non-impairing cocaine compound in her system cited the marijuana DUI ruling in he own appeal.

However, the state Court of Appeals rejected the woman’s argument Friday. The court said the 2014 ruling didn’t change existing law so it didn’t apply retroactively.