A woman at the center of a high-profile gender bias lawsuit against an elite Silicon Valley venture capital firm filed an appeal of a jury verdict against her.

There were no accompanying documents explaining grounds for the appeal, and Heather Wilson, a spokeswoman for Pao, said neither Pao nor Axelrod would have additional comment.

A jury in March found that defendant Kleiner Perkins Caufield & Byers did not discriminate or retaliate against Pao in the case that became a flashpoint in an ongoing discussion about gender inequity at elite technology and venture capital firms, where women are grossly underrepresented. 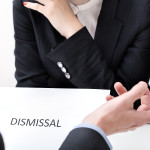 Pao’s attorneys said she was an accomplished junior partner who was passed over for a promotion because the firm used different standards to judge men and women, and that she was fired when she complained about discrimination.

Kleiner Perkins’ attorney Lynne Hermle countered during the trial that Pao failed as an investor at the company and sued to get a big payout as she was being shown the door. Pao is now interim CEO of the Internet discussion forum Reddit.

The company is committed to gender diversity in the workplace and believes that women in technology would be best served by focusing on the issue outside of continued litigation, she said.

In a recent court filing, Kleiner Perkins said it offered Pao $964,000 before the trial to settle the case, but she did not respond. The firm sought more than $970,000 in legal costs from Pao but said it would waive all costs if Pao did not pursue an appeal.