A Hawaii jury has awarded Ewa Beach homeowners about $27 million in a lawsuit against a developer trying to build a recreational lagoon instead of the marina it originally planned.

The jury ruled Tuesday that Haseko must pay $1,300 for each homeowner in the class-action lawsuit and $20 million in punitive damages, the Honolulu Star Advertiser reported. They will also pay nearly $4,000 for each of about 1,800 homeowners in Ocean Pointe.

Plaintiffs’ attorney Michael Green said the settlement makes an important statement to future developers that they cannot come into Hawaii and deceive homeowners. 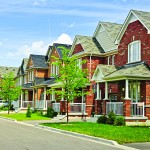 Haseko’s attorney Steven Chung said the settlement is contrary to state law, which doesn’t allow punitive damages to be awarded in deceptive practice cases. Chung said he will file a motion to set aside the decision.

In late 2011, after much work was done excavating the marina basin, Haseko announced that it would not complete the marina because of what it said was weak demand for slips. It also cited ongoing and possible future legal challenges to government approvals for the marina channel that attracted opposition from conservation and cultural interests. Instead it announced it would develop a recreational lagoon.

Homeowners filed suit because they said they had been misled when they supported the initial zoning change.