The Oregon Supreme Court ruled last week that a Portland taxicab company must pay unemployment insurance taxes for certain drivers because they were improperly classified as independent contractors.

The case comes amid heightened attention to the employment status of for-hire drivers. Companies face higher costs for employees than they do for independent contractors, such as payroll taxes, unemployment insurance and workers’ compensation.

Labor Commissioner Brad Avakian told Uber in October that he believes drivers for the ridesharing service are not independent contractors.

In a statement, Broadway Cab president Raye Miles she is disappointed in the court’s ruling and believes the company is operating in compliance with Oregon law.

Over the past year, Broadway and other Portland cab companies have faced an intense shakeup in the transportation market as ride-hailing apps like Uber and Lyft have moved into the market. 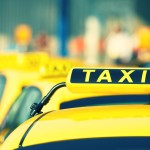 “Broadway Cab is experiencing an exciting time of transformation,” Miles said. “The court decisions add to the complexity of what we face in the marketplace, yet provide us with challenges we embrace.”

Uber drivers should be held to the same standard, she said.

The case stems from a tax bill issued by the state Employment Department for unemployment insurance in 2008 and 2009. Broadway contested the liability, saying its exempt from the tax because drivers are independent contractors.

Broadway Cab argues that drivers work for riders, not for the taxi firm. The company provides dispatch, marketing, credit card processing and other services for drivers, who pay a weekly fee to access them. Some own their own vehicles; others rent from the taxi company or from other drivers.

But an administrative law judge who reviewed the matter ruled that the cab drivers don’t qualify as independent contractors because they don’t have an independent place of business, work for multiple companies or have authority to hire and fire people to help them provide services. The Court of Appeals upheld that ruling, and the Supreme Court agreed.