Fire investigators say they’ve completed their investigation into a blaze that killed a woman working in a coffee stand where baristas wear bikinis.

Everett Fire Department investigators said Thursday in a news release the fire Jan. 7 was accidental and caused by a propane heater.

Officials say 26-year-old Courtney Campbell had been in the stand refilling a small space heater with propane. Investigators said it was apparent that an accidental release of propane vapor occurred immediately before a flash that caused the fire. 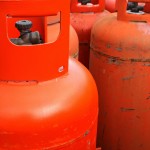 Campbell was burned while escaping the flames and died later at Harborview Medical Center in Seattle.