Fire Marshal Eric Hicks says the owners of those complexes are currently being ordered to install the alarm systems as required by city code.

Hicks says the inspections were done after an apartment complex without the alarm system was consumed by fire New Year’s Eve, killing at least one person, injuring five others and forcing more than 100 residents out of their homes. 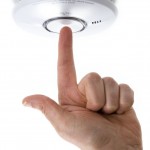 The Daily Herald reported city codes require a central fire alarm system, the kind where someone can pull a lever, on apartment buildings with at least three stories or more than 16 units.