A proposal that would have made edible marijuana products legal in Utah for those with chronic pain has died, concluding a more than yearlong effort that was severely stunted after the Mormon church came out in opposition last month.

The bill’s sponsor, Sen. Mark Madsen, R-Eagle Mountain, added extra restrictions to the plan that softened church opposition and staved off elimination in the Senate, but a health committee voted 8-4 to kill it this week. Madsen said he thought the committee was prejudiced against his proposal from the start.

“These people just spit in the face of 70 percent of the population in this state,” he said.

In addition to a ban on smoking marijuana, his bill would have required dispensaries to have a clinical appearance and for all employees to wear white lab coats. Edible marijuana products and their packaging would also have not been allowed to resemble candy or be designed in a way that’s appealing to children.

The involvement in the measure by The Church of Jesus Christ of Latter-day Saints, a faith to which most lawmakers belong, was the latest illustration of the religion’s strong influence on state legislation. 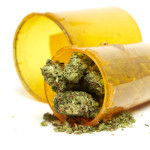 Lawmakers said they voted against the proposal because they’d rather have lawmakers consider an alternative, more restrictive plan.

Madsen has cited his own struggle with chronic back pain and overdose on painkillers in his push for the law. He said this is his final session, and he does not know of another Utah lawmaker who will introduce his bill next year.

Melissa Graham, of Salt Lake City, said her Type 1 diabetes and other chronic conditions mean she vomits as much as 14 times a day and is on a liquid-only diet. She said Madsen’s plan would have allowed her to live a normal life.

“I’ve been told by every single member of my medical team that I should move and I should do medical marijuana,” she said during the committee meeting.

The plan would have put Utah in line with more than 20 other states with medical marijuana programs, according to Madsen.

Many lawmakers and members of the public said they would like to see more research on marijuana before approving the proposal.

“If we would OK this without the necessary studies and without pharmaceutical follow-up, then children will begin to believe that it’s something that they can use and that would absolutely be wrong for Utah,” said Gayle Ruzicka, president of the conservative Utah Eagle Forum.

Utah already allows a marijuana extract, called cannabidiol, to be used by those with severe epilepsy, as long as they obtain it from other states. It has low levels of THC, the hallucinogenic chemical in marijuana.

The panel did approve a more restrictive medical marijuana proposal and adjusted it to include certain elements of Madsen’s plan, including adding diseases that can be treated by the drug. But critics argue that it still doesn’t help enough people.

Madsen said he will not support the more restrictive plan. Not a single patient spoke in favor of the proposal, he said.

“I think it’s trying to put live organs in a cadaver and expecting some kind of good outcome,” he said.

The more restrictive proposal by Rep. Brad Daw of Orem and Sen. Evan Vickers of Cedar City would allow those with certain debilitating conditions to use Cannabis-based medicine that has very low levels of the plant’s psychoactive components.