The New Mexico Supreme Court affirmed this week that a private prison operator may be held liable to pay damages to three female inmates who were raped by a guard.

The opinion could influence the final outcome of an appeal of a judgment against the Corrections Corporation of America to pay damages that is before the U.S. 10th Circuit Court of Appeals in Denver.

A federal jury in 2012 awarded more than $3 million in damages to three former inmates at the Camino Nuevo Women’s Correctional Facility. The minimum-security prison was run by Nashville, Tennessee-based Corrections Corporation of America before closing in 2008 as the prisoner population declined. A spokesman for the company said its legal team is studying the state court’s opinion.

In response to a request from the federal appeals court, the New Mexico Supreme Court affirmed that the prison operator can be held liable because private corrections officer Anthony Townes was aided in the sexual assaults by his job position. 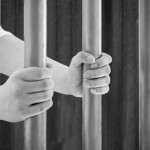 Townes is serving a 16-year state prison sentence for criminal sexual penetration and false imprisonment in connection with assaults on female inmates at Camino Nuevo.

The state Supreme Court found that prison company policies allowed male corrections officers to escort female inmates around the facility alone and that rules were not enforced for maintaining a physical distance between guards and prisoners.

The court, in an unopposed opinion by Justice Charles Daniels, said a former warden at the prison also can be found liable for damages.