A Washington man is suing a California company, claiming its medical device used to treat aneurysms malfunctioned and caused him to suffer brain damage.

The Penumbra Coil 400 was used to treat an aneurysm Dennis Montgomery suffered in 2013, according to his lawyer, Peter Mullenix. He said during the surgery at Overlake Hospital in Bellevue, the doctor placed 90 percent of the coil into the aneurysm, but the last 10 percent got stuck in the intracranial artery

If the device had worked properly, the doctor should have been able to remove the coil and try a different approach, Mullenix said. Instead, the coil detached prematurely, he said. The coil and a stents used during the procedure remain in Montgomery’s brain and caused him to suffer a stroke, he said.

“When a coil system malfunctions and leaves the coil in the middle of the artery instead of safely inside the aneurysm, the coil starts throwing clots, which can turn into strokes,” Mullenix said. “That’s what happened to Dennis.”

Mullenix filed the lawsuit against Penumbra, two company representatives who attended the surgery and Overlake Hospital Medical Center in King County Superior Court, claiming he was injured “catastrophically” and seeking medical and economic costs as well as damages. The suit claims the hospital failed its duty to “furnish and select patient supplies and equipment free of defects.” 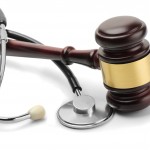 “His ability to work has really suffered and he’s in pain a lot of the time,” Mullenix said.

The Alameda, California-based company responded to the lawsuit last week by filing a motion to dismiss. Betsy Merryman, with the company’s public relations firm, told The Associated Press they do not comment on lawsuits. Messages seeking comment from the company’s lawyer and Overlake hospital were not immediately returned.

According to the lawsuit, the Food and Drug Administration initiated a Class I recall of about 267 lots of Penumbra Coil 400 products in 2011. The FDA said the reason for the recall was “that it found that the pull wire on the delivery tool could slip out of place and allow premature detachment of the Coil 400,” according to the lawsuit. “This can lead to serious injury, stroke and death.”

Mullenix said they are trying to determine whether the device was one of the recalled coils, or if the new ones have the same problem.